Barbara Mandrell is an American country music singer and actress considered one of the most successful country musicians in the 1970s and 1980s. She Gives a chain of top ten hits during those two glorious decades and won a series of awards including Country Music Association’s ‘Entertainer of the Year’ award twice and ‘Female Vocalist of the Year’ twice. Her biggest hits include ‘(If Loving You Is Wrong) I Don’t Want to Be Right’, ‘Years’, ‘I Was Country When Country Wasn’t Cool’, ‘Till You’re Gone’, and ‘One of a Kind Pair of Fools’.

The daughter of musicians, she ventured into the music industry quite early on. Her father, who encouraged her to follow her passion, managed her career for several years. Her talent was not only limited to singing as she was also an occasional actress who delivered several stellar performances on television films and shows. After retiring from her musical career in the late 1990s, she concentrated only on her acting career and appeared in some popular shows like ‘Sunset Beach’ and ‘Touched by an Angel’ before completely retiring from the entertainment industry. Barbara Ann Mandrell was born on Christmas Day 1948 to Mary Ellen and Irby Matthew Mandrell in Houston, Texas. Her mother was a homemaker and musician hailing from rural Wayne County, Illinois. Her father Irby was a World War II naval veteran and Texas police officer from Garland County, Arkansas. Irby Mandrell was an accomplished musician and entrepreneur as well. He used his impeccable social skills and knowledge of the music industry to manage all three of his daughters’ careers for over 3 decades. Mandrell was an only child until July 13, 1954, when her sister Thelma Louise Mandrell was born. Baby sister Ellen Irlene Mandrell arrived 18 months after Louise on January 29, 1956.

The eldest daughter of the musical family, Barbara Mandrell was already reading music and playing accordion when her sisters were infants. Six years later, she had become so adept at playing steel guitar that her father took her to a music trade convention in Chicago. While there, her talents caught the attention of RCA Records producer and session musician Chet Atkins and popular musician and bandleader Joe Maphis. Soon after, she became a featured performer in Maphis’ Las Vegas nightclub show, followed by tours with Red Foley, Tex Ritter, and Johnny Cash. Her network TV debut came on the NBC-TV series Five Star Jubilee in 1961.

While growing up, Mandrell learned to play the pedal steel and lap steel guitars and many other instruments, including the accordion, saxophone, and banjo. She played steel guitar for Patsy Cline, who once wrote to a friend that Mandrell was, “a 13-year-old blonde doll who plays the steel guitar out of this world! What a show woman!” Mandrell toured at age 13 with Cline, Johnny Cash, and George Jones. She also played guitar for Joe Maphis in Las Vegas and on the Town Hall Party show in Los Angeles. A few years later, Mandrell and her sisters Louise and Irlene, as well as her parents, founded the Mandrell Family Band. They toured across the United States and Asia. Their drummer, Ken Dudney, became Mandrell’s husband shortly after she graduated from Oceanside High School. 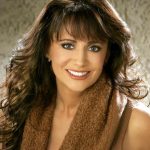 Barbara Ann Mandrell is an American actress, country music singer, and musician with a net worth of $45 million. She is famous for a series of TV shows and top-10 hits from the 1970s and 1980s that helped her become one of the USA’s most successful female vocalists during that time. They inducted her into the Country Music Hall of Fame in 2009, and she became a member of the Grand Ole Opry. There is no denying that all of the Mandrell sisters have been successful in their own rights, even from an early age. However, Barbara is clearly the most successful and most popular out of all of them. Not only has she had the most hit albums, but her net worth stands at a staggering $45 million. This is over four times bigger than Louise and Irlene’s combined net worth of $10 million. When you think of Mandrell’s, the first person you think of is Barbara. 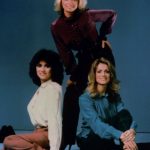 Barbara Mandrell and the Mandrell Sisters

Walking away from show business after achieving stardom isn’t always easy, but that’s what country singer Barbara Mandrell did. After having a string of smash hit songs during the peak of her career, Mandrell decided to step away in the mid-1990s. Mandrell had already left her mark on the country music and acting world at that point, though, showing that she was one of the many multi-talented entertainers around that achieved legend status in her field.

Still, Mandrell had a great run as a country music singer before deciding to hang it up in 1997. She received an entry into the Country Music Hall of Fame and has also been inducted into the Walk of Fame in Nashville, Tennessee, the home of country music. While it might have been hard walking away from music for many singers, Mandrell has been able to handle walking away from the spotlight quite well.

“I was worried about (retiring),” she said at first. “I was worried because I had always heard, ‘That’s all you have ever known. You will never be able to give up, most of all, the audience and the applause.’ I treasure what I was given, the moments with the most wonderful people that gave me the opportunity in life to be able to retire from my music. But I think, without a doubt. We prayed and prayed and prayed, I kept wondering when, and when the time came, it was immediate. It came so fast. And God, he doesn’t steer us wrong.”

Many have tried to pull Mandrell out of retirement, including some big names in country music. However, Mandrell has stated that she’s indeed retired from music. “Except for my steel guitar that’s in the Hall of Fame and my dobro that my parents gave me and hand-engraved, I sold everything else after I retired,” Mandrell stated. “I jokingly said, ‘I just don’t want the temptation!’ The only place I sing is on the pew with everybody else in the church.” 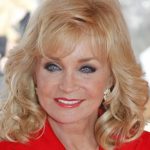 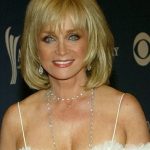 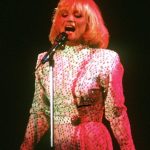 Barbara Mandrell And The Mandrell Sisters

The reality is that after being such a big name in the 80s, the Mandrell Sisters, like many other musical acts, simply fell off the radar. Eventually, Irby Mandrell, the sisters’ father, founded the Mandrell Family Band. It consisted of Barbara, Louise, Irlene, Irby, and mother Mary Ellen, as well as a drummer by the name of Ken Dudney. Despite Barbara only being 14 at the time, 21-year-old Ken fell head over heels for her. However, her parents were completely against the idea and separated them before they got too serious. However, Barbara and Ken would eventually get back together when they got a little older.

Sister Louise felt like she was not true to herself during the early stages of her career. She was being told to market herself in a certain way. “I judged everything I did by what I thought Barbara and my family would like, not by my standards,” she said. “But unless you accept yourself and like yourself, you can’t expect other people to accept you – that’s something Barbara kept preaching to me.” But what happened next for Louise?

Once the variety show came to an end, Louise made a whole new image for herself. In an attempt to have a successful solo career, Louise chose to be far less conservative with her look. The cover of his debut album Close Up was a fine example of this. Her husband, R.C. Bannon, was deeply surprised. “Miniskirts and tight leather pants are what I feel most comfortable in,” Louise said. “I’m one of those Christians the Romans would have thrown to the lions.”

Sister Irlene, on the other hand, was always very open about her beliefs and is an expressive individual. Although she is, like her sisters, a very talented singer and actress, she also loves to hunt. Throughout her life, Irlene has traveled far and wide looking for the biggest catch, and she is skilled with a variety of firearms. The “Irlene Mandrell Celebrity Shoot” is a charity event in service of Boy Scouts of America and Wish Upon a Star, Inc.

As previously mentioned, Barbara and drummer Ken fell in love at a very young age, much to her parents’ dismay. Despite the fact that they separated them early on, they only had their eyes on each other throughout the years. As soon as he had the chance, Ken proposed to Barbara. However, she ended up turning him down. This is apparently because she wanted to graduate from high school beforehand. But Ken didn’t give up, and he kept on proposing.

Ever since she started her solo career, Barbara Mandrell has always done things her way. This was clearer than ever when she released her breakthrough single, “The Midnight Oil.” Country music is renowned for having some of the most emotionally powerful lyrics behind the tunes, with many songs revolving around love and heartbreaks. Barbara’s single was the first time that a country song was written about a woman who had cheated on her man, rather than the other way round.

Before her success with the controversial “The Midnight Oil,” Barbara struggled to get off the ground with her first country songs. Her first music experience with her first record label, Columbia Records, was unsuccessful, to say the very least. Her first producer, Billy Sherrill released the book How Nashville Became a Music City. In the book, Sherill claimed that Columbia Records interrogated him as to why he had so much faith in Mandrell, who wasn’t selling records at first.

Although the sisters have a lot in common, there is one key detail that separates Irlene from the rest of the Mandrell’s. The idea of a long-lasting marriage isn’t part of Irlene’s vocabulary. She has been married three times, having first tied the knot with Rick Boyer from 1978-1992, who she had two kids with. Then, in 1994, she married Rob Pincus, who she had another child with. However, that only lasted for ten years. Since 2015, she has been married to Patrick Holt.

Barbara has always been an animal lover, and though she owns a number of houses, she had one in particular that she referred to in the French, ‘Maison d’Animaux’ or ‘Animal House’ in English. At the time, she was living with a large number of pets, which included two dogs and four cats, as well as a cockatoo. Beyond her pets, she also encouraged wild animals to visit her garden, encouraging birds to visit, in addition to local squirrels, chipmunks, and even turtles. 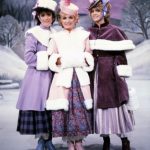 Some Known Facts About Barbara Mandrell