Anupriya Goenka is a well-known Indian actress and model. He works mainly in Bollywood and South Indian Film Industry. She is famous for the role of Nagmatij in the film Padmaavat. She first shot to fame in 2013 as the face of the UPA government’s Bharat Nirman ad campaign and for playing a lesbian in India’s first-ever lesbian ad for the brand Myntra.

Anupriya Goenka was born in a Marwari family on Friday, 29 May 1987 in the Kanpur City of Uttar Pradesh.  Her father’s name is Ravindra Kumar Goenka, a former garment entrepreneur, and her mother’s name is Pushpa Goenka, is a homemaker. She has two elder sisters and a brother.  She is rumored to be dating an actor, Vaibhav Raj Gupta. Anupriya Goenka completed her schooling at Gyan Bharati School in Saket, New Delhi. Later, she completed her B.Com from Shaheed Bhagat Singh College in New Delhi. Anupriya Goenka came to Mumbai in 2008. In Mumbai, she started working in the corporate sector, where she found herself been drawn to theatre. Later, she brought a house in Thane, and her family followed her to the city of dreams. At the same time, she also started acting in theatre. However, she had to shuffle her career between acting and the corporate sector.

Anupriya Goenka started acting in commercials, and in 2013, came into the limelight when she became the face of the UPA Governments “Bharat Nirman” ad campaign.  She further gained popularity in 2015, with her portrayal of a lesbian character in India’s first-ever lesbian advertisement for the Indian fashion e-commerce company Myntra. She has appeared in the advertisement of various popular brands, Coke, Garnier, Stayfree, Kotak Mahindra, Pepperfry, and Dabur.

According to Woodgram, Anupriya Goenka’s estimated Net Worth, Salary, Income, Cars, Lifestyles & much more details have been updated below. Let’s check, How Rich is Anupriya Goenka in 2022? 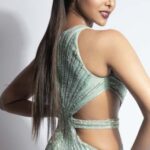 Anupriya made her Punjabi and Haryanvi language debut with the 2017 bilingual movie Vekh Baraatan Challiyan, where she made a special appearance as Saroj. Goenka has acted in many Indian movies, including Paathshala in 2014, Daddy in 2017, Tiger Zinda Hai in 2017, Padmaavat in 2018, and War in 2019.

Who is the father of Anupriya Goenka?

What is the age of Anupriya Goenka?

What is the height of Anupriya Goenka?

Who is the mother of Anupriya Goenka?