Anjali Tendulkar is an Indian pediatrician, better known as the wife of legendary Indian cricketer, Sachin Tendulkar. Anjali is often credited for sacrificing her own career in order to support and nurture her husband’s dreams and goals. During Sachin’s farewell test match at the Wankhede Stadium in Mumbai, the iconic batsman spoke about Anjali’s prominent role in shaping his illustrious career. Indian Cricketer Sachin admitted that it was only because of her, that he could give his all whenever he was on an Indian cricket field.

Anjali is a large-hearted woman with a pleasing personality. Apart from being a philanthropist, she takes care of the needs of her family and is also a caring mother of two, Sara and Arjun. Anjali Tendulkar has sacrificed a lot, in her career, but the most important thing is that she has no regret for that. In fact, she is so happy that her husband and kids are a fan of her, which is rarely seen among the stars. Anjali was born on 10 November 1967. Her father, Anand Mehta, is a renowned Gujarati industrialist and a former world bridge champion. Her mother, Annabel Mehta, is of British origin. She is the founder of a famous NGO called Apnalaya. Anjali Mehta was raised in one of the most beautiful bungalows in Mumbai. She completed her schooling from Bombay International School. 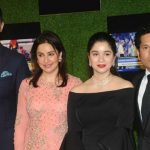 She then studied medicine at Grant Medical College and practiced as a pediatrician for many years at Mumbai’s JJ Hospital Pediatrician. She is a very humble person by nature. Even though she was born with a silver spoon, she was always compassionate towards the needy. Her hobbies include doing philanthropic works, listening to music, and traveling. She is also a foodie and loves to try out different restaurants all over the world. 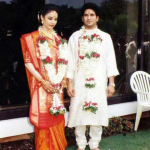 Anjali Tendulkar’s estimated Net Worth, Salary, Income, Cars, Lifestyles & much more details has been updated below. Let’s check, How Rich is Anjali Tendulkar in 2022? 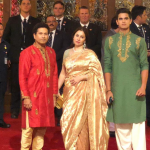 Anjali shares a beautiful relationship with Sachin Tendulkar. They were destined to be together and Anjali has been his pillar of strength. Anjali first saw Sachin at the Mumbai airport in 1990. She was there to pick her mother up and Sachin, along with his cricket team, was returning home after a tournament in England.

Sachin had just scored his maiden century in test cricket and Anjali had no idea who he was as she wasn’t an ardent follower of cricket back then. She just found him to be cute and hence started shouting and waving at him. She then managed to get hold of his number through a common friend and before anyone could guess anything, they were already seeing each other. 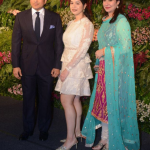 Anjali was still a medical student and Sachin was traveling all over the world for his tournaments. It was almost a long-distance relationship between the two and they often communicated through phone calls and letters. They would meet whenever Sachin returned to India for home series.

During one such incident, Anjali forced him to accompany her to a cinema hall as she wanted to watch a movie titled ‘Roja’. It happens to be the first film that they saw together before their wedding. On another occasion, Anjali surprised Sachin by visiting him at his place.

She did not reveal her true identity to his parents and pretended to be a journalist. Sachin was extremely nervous about seeing her at his home as he comes from a conservative Maharashtrian family.

One fine day, Sachin proposed to her, and Anjali was more than happy to say yes. She then sought the permission of Sachin’s parents and was pleasantly surprised when they immediately agreed to the marriage. 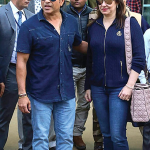 What Does Anjali Tendulkar Do?

Where Does Anjali Tendulkar Work?

Anjali Mehta Was Raised In One Of The Most Beautiful Bungalows In Mumbai. She Completed Her Schooling From Bombay International School. She Then Studied Medicine At Grant Medical College And Practiced As A Pediatrician for Many Years At Mumbai’s Jj Hospital. She Is A Very Humble Person By Nature.

How Did Sachin Meet Anjali?

Anjali Had First Seen Sachin On 14 August, When He Got His First Test Hundred At Old Trafford. At That Time She Was In England With Her Parents. Later, They Met Briefly A The Cricket Club Of India And Exchanged Phone Numbers, And Started Talking On The Phone Regularly.

How Old Is Anjali Tendulkar?

Who Is The Father Of Anjali Tendulkar?