Angie Dickinson was born on September 30, 1931, in Kulm, North Dakota. She moved to California with her family around the age of 10. Dickinson attended Glendale College and worked as a secretary before delving into acting. Her breakthrough film performance was in Howard Hawks’ Rio Bravo. In the 1970s, she starred on the television series Police Woman. In 1980, Dickinson appeared in Brian DePalma’s film Dressed To Kill. She later starred in the 1993 miniseries Wild Palms. Her later film work includes Pay It Forward (2000) and Big Bad Love (2001).

Angie Dickinson has left a big stamp of success in her life. She has played in more than 50 films in her six-decade-long career. She is mainly known for playing a role in Gun the Man Down in 1956, and Rio Bravo in 1959, for which she was honored with the Golden Globe Award for New Star of the Year. Most of her notable films include Ocean’s 11, Jessica, The Killers, Point Black, The Chase, Big Bad Mama, and more. From 1974 to 1978, Dickinson starred in NBC crime series Police Woman as Sergeant Leann “Pepper” Anderson receiving a Golden Globe Award for Best Actress- Television Series Drama. She has made several appearances in many mini-series as well. As of 2009, she starred in a Hallmark Channel film, Mending Fences. Angie Dickinson was born in Kulm, North Dakota, in 1931, the daughter of Mr. and Mrs. L. H. Brown. Mr. Brown was the publisher of The Kulm Messenger. The family left North Dakota in 1942 when Angie was 11 years old, moving to Burbank, California. In December of 1946, when she was a senior at Bellamarine Jefferson High School in Burbank, she won the Sixth Annual Bill of Rights Contest. Two years later her sister Janet, did likewise. Being the daughter of a printer, Angie at first had visions of becoming a writer but gave this up after winning her first beauty contest.

After finishing college Angie Dickinson worked as a secretary in a Burbank airplane parts factory for 3-1/2 years. In 1953 she entered the local Miss America contest one day before the deadline and took second place. In August of the same year, she was one of five winners in a beauty contest sponsored by NBC and appeared in several TV variety shows. She got her first bit part in a Warner Brothers movie in 1954 and gained television fame in the TV series The Millionaire (1955) and got her first good film role opposite John Wayne and Dean Martin in Rio Bravo (1959). Her success then climbed until she became one of the nation’s top movie stars. 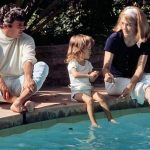 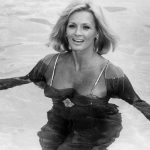 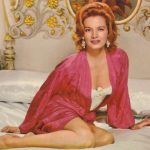 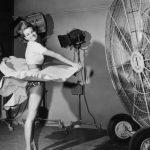 Angie Dickinson is an American actress who has a net worth of $30 million. Angie Dickenson has earned her net worth thanks to a successful acting career in TV and films.

Born Angeline Brown on September 30, 1931, in Kulm, North Dakota, USA, she acquired her professional name, Angie Dickinson, from her marriage to former football star Gene Dickinson (from 1952 to 1960). Even though she excelled in portraying smart, sexy, tough-minded women on both the small and the big screen, Angie made her career beginnings in national beauty pageants which subsequently led to small television roles. 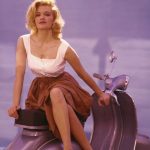 The Hollywood community was saddened to learn of the death, Thursday, of Nikki Bacharach (40), daughter of Angie Dickinson and Burt Bacharach. Her death was listed as a suicide by the coroner’s office. She was very pretty and slim but had a lifetime struggle because of her impediment known as a form of autism, Asperger’s disease. She also had visual impairment but it didn’t detract from her attempt to pursue a career as a geologist. 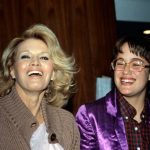 She lived both at Angie Dickinson home and at Burt’s but also had her own condominium. It was at the last-mentioned where she committed suicide by the book which, in my opinion, should never have been published. Nikki died of suffocation using a plastic bag and helium. “Nikki quietly and peacefully committed suicide to escape the ravages to her brain brought on by Asperger’s, a form of autism,” Angie and Burt noted. They said Nikki loved kittens and a special fund will be created in Nikki’s memory to find homes for cats and kittens.

As people donate, they will receive an acknowledgment that a cat or kitten was rescued in Nikki’s name and that the Lange Foundation will care for and keep the cat until they find a home for it. Nikki Bacharach, 40, suffered from Asperger’s Disorder, a form of autism. She killed herself Thursday night at her condo in Thousand Oaks, said Linda Dozoretz, a spokeswoman for the family.

“She quietly and peacefully committed suicide to escape the ravages to her brain brought on by Asperger’s,” the statement said. Nikki Bacharach died of suffocation using a plastic bag and helium, said Mike Feiler of the Ventura County coroner’s office. Born prematurely in 1966, Lea Nikki Bacharach studied geology at Cal Lutheran University, but could not pursue a career in the field because of poor eyesight. “She loved kitties, and earthquakes, glacial calving, meteor showers, science, blue skies and sunsets, and Tahiti,” the statement said. Nikki Bacharach was the only child of Burt Bacharach, 77, and Dickinson, 75, who were married from 1965 to 1981.

It was the second marriage for both Bacharach, the Oscar-winning composer of “Raindrops Keep Falling on My Head,” and “What the World Needs Now is Love,” and Dickinson, star of the film “Dressed to Kill” and the TV show “Police Woman.” 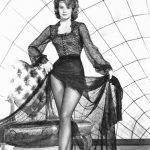 Some Known Facts About Angie Dickson 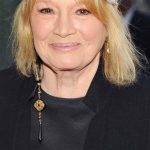 Where Is Angie Dickinson Now?

Dickinson Lives Alone Now In Beverly Hills. Her Daughter, Nikki, From Her Marriage To Bacharach, Died In 2007. “She Was Very Smart And Funny And Wonderful. Yeah, So All My Memories Of Her Are My Best Memories,” Dickinson said.

What Is Angie Dickinson Famous For?

Angie Dickinson Is An American Actress Best Known For Her Roles In The Films Dressed To Kill And Ocean’s Eleven, And On The Hit 1970S Television Series Police Woman.

What Is Angie Dickinson Net Worth?

She Has An Estimated Net Worth Of $30 Million Which She Has Earned Through Her Successful Acting Career In Tv And Films.