Amy Grant became one of the first faces to give life and meaning to contemporary Christian music in the 20th century. She is also one of the first Christian artists to have successfully made a shift into the pop music market. Over the years, her music has delivered a weightier, spiritual platter for listeners to draw from but like every other artist, she too has had her share of triumphs and challenges. Her songs are in fact life lessons that reverberate meaning, truth and tender wisdom. Most of her life incidents are instrumental in inspiring the sort of music that she had produced during her prime years.

At a very young age, she signed her first recording contract and became an instant success in the realm of Christian music. During her peak time, she managed to make a transition into the pop music genre and although some of her fans were taken aback by this sudden change, many of her Christian fans remained loyal and even backed her pop music success. Apart from her musical career, she hosted the reality TV show, ‘Three Wishes’ and has also authored a number of books, one of the most popular ones being, her memoir, ‘Mosaic: Pieces of My Life So Far’. To acquaint yourself with this famous personality, read further. 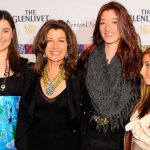 Born on November 25, 1960, in Augusta, Georgia. Grant helped revolutionize contemporary Christian music. She grew up in Nashville, Tennessee, in a close-knit, religious family. It was in church that Grant was exposed to the hymns and Christian stories that would influence her work.

As a teenager, Grant taught herself how to play guitar and worked part-time at a recording studio. She made a tape of her music for her parents, which had been discovered by a producer with Word Records, a Christian music label. This led to a recording contract, and her first album was released in 1977. The self-titled album was a big success in the world of Christian music. With her unique style, Grant charted new territory. She fused elements of existing genres of gospel, hymns, and Jesus music which used rock music to convey Christian teachings to create a fresh, new sound, not heard before. Her songs are often deeply personal as well as reflecting her spiritual faith. 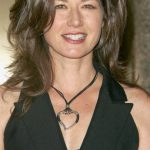 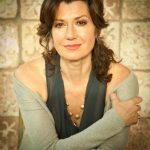 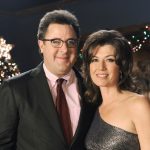 On March 10, 2000, Grant married country singer-songwriter Vince Gill, who had been previously married to country singer Janis Oliver of Sweethearts of the Rodeo. Grant and Gill have one daughter together, Corrina Grant Gill, born March 12, 2001. 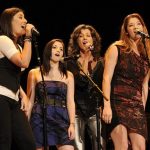 Is Natalie Grant And Amy Related?

What Is The Net Worth Of Amy Grant?

Amy Net Worth: Amy Is An American Singer And Songwriter Who Has A Net Worth Of $55 Million Dollars. Amy Made Her Singing Debut Early In Life, Having Began As A Professional Singer In Her Teenage Years.

Does Amy Have Any Sisters?

She Was The Fourth And Final Daughter Born To Her Father And Her Mother, Gloria Grant, Following Her Sisters Mimi, Kathy, And Carol.