Akash Ambani is a well-known Indian businessman. He is the elder son of Reliance Industries Ltd’s Chairman Mukesh Ambani. Akash attends the signing of some important Reliance Industries deals. His participation in such deals is his father’s attempt to make him ready for involvement in the business. Akash is also the chief of the strategy of Jio, a 4G service provider.

Akash Ambani was born in a Business family on 23 October 1991 in Mumbai, India. He is the elder son of Mukesh Ambani and Nita Ambani (Founder of Reliance Foundation). He also has a brother Anant Ambani and a twin sister Isha Ambani. His twin is co-director at Reliance Jio. He has a younger brother named Anant Ambani.

In May 2018, he got engaged to his school friend Shloka Mehta. Shloka is the daughter of India’s richest diamantaire, Russell Mehta. On 9 March 2019, He got married to Shloka Mehta. Akash Ambani did his schooling from Dhirubhai Ambani International School, Mumbai. He later went to Brown University, Rhode Island, United States, and did his Graduation in Economics.

It is a fact that Akash has no idea about his family wealth and riches until one day in school in the 11th standard while he was writing an essay on Reliance for a business and management course. 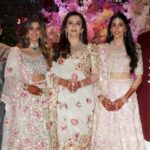 He is touted as India’s richest son as his father, Mukesh Ambani holds the title for India’s richest person with an estimated net worth of $88 billion, as in 2022. In 2020, Forbes listed his father #21 in the world billionaires list and #1 in India’s.

Akash Ambani lives in a 27 story house ‘Antilia’ that worth more than $1 billion. Antilia is also considered to be the first house to exceed a net worth of $1 billion. In his house, it has a garage for 168 cars, a cinema, a helipad on the rooftop, an independent health club for each family member, and a staff of 600 people.

Akash Ambani is an avid Cricketer and remains closely involved with the Mukesh and Nita Ambani-owned IPL franchise- Mumbai Indians. In January 2008, The Board of Control for Cricket in India (BCCI) sold the franchise of the Mumbai Indians to India’s biggest conglomerate, Reliance Industries for $111.9 million, making_ it the most expensive team in the IPL. 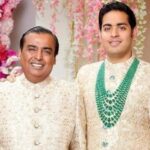 When he came back from Brown University with a degree in Economics, he interned with his father at their family business and he currently works as Chief of strategy in Reliance Jio Infocomm.

He started working just after a few days of his graduation. It was a small start-up team, which later gave birth to Jio.

Akash Ambani is very smart in business within 3 to 4 years he captures a big part in the telecom industry. All other players are complaining to the government because Jio provides 1.5 years of service totally free.

How much did the Akash Ambani wedding cost?

The $100-million wedding of the richest Indian billionaire’s son in 2019 is the biggest and most glamorous extravaganza in the history of big fat Indian weddings.

Who is Akash Ambani’s wife?

Akash Ambani got married to Shloka Mehta, On 9 March 2019.

Is Shloka older than Akash Ambani?

Though both Akash and Shloka studied in the same class, Shloka is reportedly 1 year older than Akash Ambani.

What is the qualification of Akash Ambani?