Aarti Singh is a well-known Indian Actress, TV Anchor, and comedian. She is mostly known for her work in the small screen industry. The actress got fame after she appeared in comedy shows like Comedy Classes, Comedy Nights Bachao, etc. Owing to her popularity, she participated in the popular reality show Bigg Boss 13 as a contestant and rose high on success post the show. She has lots of followers on her Instagram account from all over the world who love her a lot.

Aarti Singh was born in a Hindu family on 17 April 1985 in Lucknow, Uttar Pradesh. Her father’s name is Atmaprakash Sharma and her mother’s name is Padma. She has an elder brother named Krishna Abhishek, who is also an actor.

Her mother died soon after her birth and Aarti’s father was not able to raise two children together, so he sent Aarti to her mother’s best friend Geeta Singh in Lucknow. In 2019, her father is also passed away. The actress has many relatives from the industry. She is the niece of actor Govinda and cousin of actors like Amit Khanna, Soumya Seth, Ragini Khanna, Yashvardhan Ahuja, and Tina Ahuja.

There some rumors that Aarti Singh is dating actor Ayaz Khan. But the couple denied this and said that they are only good friends. They share a very warm friendship with each other and often share pictures together on their Instagram account. She is also rumored to be dating the television actor, Siddharth Shukla. Aarti Singh completed his primary education from a private school and also did graduation from her hometown. From the time of childhood, Aarti Singh dreamed of becoming an actress. She was very interested in dancing and acting since her school time. Also, She used to participate in school events and dance competitions. She always wanted to become a part of the entertainment industry.

Due to her filmi background family, acting skills are in her blood, So she decided to work in the TV shows and debut with the television series Maayka in the year 2007, in which she played the role of Soni Khurana. She was highly appreciated for her performance in the show. 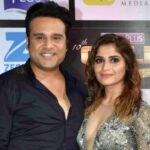 According to Woodgram, Aarti Singh’s estimated Net Worth, Salary, Income, Cars, Lifestyles & many more details have been updated below. Let’s check, How Rich is Aarti Singh in 2022?

Aarti Singh featured in the second tv serial ‘Grihasti’ of Starplus in 2008. She played the role of Rano in it. In the year 2009, She appeared in the serial ‘Thoda Hai Bas Thode Ki Zaroorat Hai’. Later, In the same year, Aarti received a huge appreciation for her role of Seema Gaurav Chopra in the serial ‘Parichay- Nayi Zindagi Kay Sapno Ka’.

After that show, she became very popular and continuously worked in famous Serials. She became more popular for playing the role of Kajri in the serial ‘Uttaran’. Later, She did acting into the serials like ‘Devon Ke Dev…Mahadev’ and ‘Encounter’. Aarti Singh has also made a guest appearance in the many tv serials like Comedy Classes, Comedy Nights Bachao, and Box Cricket League.

In the year 2016, Arti Singh appeared as ‘Madhvi ‘in India’s most popular tv serial ‘Sasural Simar Ka’. The following year, Arti became a part of the Hindi thriller series ‘Waaris’. She also became a guest celebrity on the shows like Gangaa, Santoshi Maa, and Badho Bahu.  In 2018, Arti Singh was featured in the serials like Vikram Betaal Ki Rahasya Gatha and Udaan. She also became the part of India’s famous reality show ‘Bigg Boss season 3’. 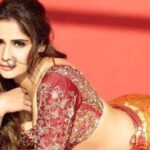 She is the real sister of Comedian Krishna Abhishek and cousin of television actress Ragini Khanna and Soumya Seth.

Who is Arti Singh’s Mama or foster Mother?

What happened to Aarti Singh in childhood?

Arti’s mother died after giving her birth. Krushna Abhishek who was too young used to stay with his father in Mumbai whereas Arti was adopted by her mother’s sister-in-law and best friend Geeta Singh.

Who is Arti Singh’s father?