Vicky Kaushal is an Indian actor who works in Hindi films. He is the recipient of a National Film Award and a Filmfare Award. Born to the action director Sham Kaushal, Kaushal pursued an engineering degree from the Rajiv Gandhi Institute of Technology. Aspiring to take up a career in film, Vicky Kaushal assisted Anurag Kashyap in the crime drama Gangs of Wasseypur (2012) and went on to play minor roles in two of Kashyap’s productions. His first leading role was in the independent drama Masaan (2015), which earned him the IIFA and Screen Awards for Best Male Debut, following which he starred as an unhinged cop in Kashyap’s psychological thriller Raman Raghav 2.0 (2016).

Vicky Kaushal rose to prominence in 2018 with supporting roles in Raazi and Sanju, two of the highest-grossing Hindi films of the year. For the latter, he won the Filmfare Award for Best Supporting Actor. His 2018 projects also included starring roles in the Netflix films Love Per Square Foot and Lust Stories. The following year, Vicky Kaushal played the lead role of a military officer in the commercially successful action film Uri: The Surgical Strike, winning the National Film Award for Best Actor. Vicky Kaushal was born on 16 May 1988 in a chawl in suburban Mumbai to Sham Kaushal, a stuntman and subsequent action director in Hindi films. His younger brother, Sunny, is also an actor. His family is Punjabi.

Vicky Kaushal has described himself as a “regular kid who was interested in studying, playing cricket and watching movies”. His father was keen on his son having a stable career and Kaushal thus pursued an engineering degree in electronics and telecommunications from Mumbai’s Rajiv Gandhi Institute of Technology.

During an industrial visit to an IT company, he realized that an office job would be unsuitable for him and he began aspiring to a career in film. He briefly took on an engineering job and began accompanying his father on film sets. 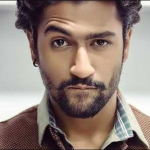 Vicky Kaushal’s estimated Net Worth, Salary, Income, Cars, Lifestyles & much more details has been updated below. Let’s check, How Rich is Vicky Kaushal in 2022?

Kaushal played his first leading role in the independent drama Masaan (2015) directed by Neeraj Ghaywan. Kaushal and Ghaywan were both assistants on Gangs of Wasseypur, and he was cast in the film after Rajkummar Rao backed out. To play a young man from a low socio-economic class yearning for a better life, Kaushal spent time in Benaras, where the film is set, and observed the mannerisms of local men. The film was screened in the Un Certain Regard segment at the 2015 Cannes Film Festival, where it won two awards, including the FIPRESCI Prize. 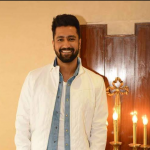 Masaan earned critical acclaim and The New York Times considered it to be a leading example of increased realism in Indian cinema. Nikhil Taneja of HuffPost termed Kaushal’s performance “poignant and memorable” and Anuj Kumar of The Hindu wrote that “he effortlessly conveys both the inferiority complex and the attitude of breaking through the caste cauldron”. His performance won him the IIFA and Screen Awards for Best Male Debut, and a nomination for the Asian Film Award for Best Newcomer, among other accolades.

The 2015 Busan International Film Festival marked the release of the drama Zubaan, which Kaushal had filmed before Masaan. His role was that of a grieving man who starts stammering after the death of his father. He worked with a speech therapist to learn stammering patterns and spent time with some of the doctor’s patients. After completing work on the film, Kaushal found it difficult to distance from the character and began to stammer in real life.

His performance led Justin Chang of Variety to label him as a “charismatic, naturally engaging talent”. In Kashyap’s psychological thriller Raman Raghav 2.0 (2016), Vicky Kaushal played a drug-addicted police officer in pursuit of the serial killer Raman Raghav (portrayed by Nawazuddin Siddiqui). The troubled and unbalanced character had little in common with Kaushal’s own personality, and to convince Kashyap to cast him, he lived in isolation for five days and kept repeating lines from the script. 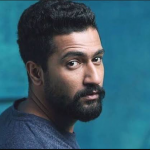 Writing for Rediff.com, Aseem Chhabra found his performance “brave” and added, “If there is one big surprise in Raman Raghav 2.0, it is Vicky Kaushal’s star-making performance.” Both Zubaan and Raman Raghav 2.0 failed to find a wide audience at the box office.

Forbes India featured Kaushal in their 30 Under 30 list of 2018, and he achieved his breakthrough that year. He was first seen as the male lead of the romantic comedy Love per Square Foot, India’s first Netflix original film. Shweta Ramakrishnan of Firstpost considered the chemistry between Kaushal and his co-star Angira Dhar to be the film’s highlight. Vicky Kaushal next featured in Meghna Gulzar’s spy thriller Raazi (2018), based on Harinder Sikka’s novel Calling Sehmat.

Set during the Indo-Pakistani War of 1971, the film tells the real-life story of a young Indian girl from Kashmir (played by Alia Bhatt) who gets married to a Pakistani army officer (Kaushal) to spy for Indian intelligence.

Vicky Kaushal was drawn to the humanity he found in the story and worked towards conveying both vulnerability and authoritative strength in his character. The film emerged as one of the highest-grossing Hindi films featuring a female protagonist and Meena Iyer of Daily News and Analysis commended Kaushal for being “the correct foil” to Bhatt’s character.

His second Netflix production of the year was the anthology film Lust Stories. It consists of four short films dealing with female sexuality; Vicky Kaushal was seen in Karan Johar’s segment as a newly married man who fails to recognize his wife’s (played by Kiara Advani) sexual dissatisfaction.

Vicky Kaushal’s most commercially successful release of 2018 came with Rajkumar Hirani’s Sanju, a biopic of the troubled actor Sanjay Dutt, who was portrayed by Ranbir Kapoor in the film. Kaushal played his best friend Kamli, a fictionalized amalgamation of various real-life friends of Dutt. In preparation, Vicky Kaushal spent time with Paresh Ghelani, who served as the primary inspiration for the role. Rachit Gupta from The Times of India considered Kaushal’s work to be “one of the finest performances in the film” and Samrudhi Ghosh of India Today wrote that Vicky Kaushal “holds his own against Ranbir’s superlative performance, and shines in the funny as well as emotional scenes”.

Both Raazi and Sanju proved to be among the highest-grossing Hindi films of 2018, and with earnings of over ₹5.79 billion (US$84 million), the latter ranks among Indian cinema’s biggest grossers. In his final release of the year, Kaushal reunited with Kashyap for Manmarziyaan, a love triangle set in Punjab and co-starring Abhishek Bachchan and Taapsee Pannu. Anupama Chopra took note of how well he used silences to convey his character’s pain and desire. For Sanju, Kaushal won the Filmfare Award for Best Supporting Actor (tied with Gajraj Rao for Badhaai Ho). 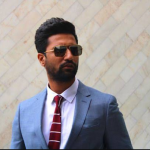 In 2019, Kaushal starred as a military officer in Uri: The Surgical Strike, an action film based on the 2016 Uri attack, directed by Aditya Dhar and filmed in Serbia. To prepare, Vicky Kaushal gained muscle weight, practiced a ketogenic diet, and underwent five months of military training and mixed martial arts sessions. Vicky Kaushal injured his arm while filming an action sequence in it.

Uday Bhatia of Mint found Kaushal to be a “fetching stoic lead” but bemoaned the lack of depth in his character. Rajeev Masand took note of the film’s jingoism and criticized the over-the-top characterizations, but opined that Kaushal “brings both the bulked-up physicality and the sort of steely determination that the part requires”. Uri earned ₹2.4 billion (US$35 million) in India, and over ₹3.5 billion (US$51 million) worldwide, making it the tenth highest-grossing Indian film domestically. Vicky Kaushal was awarded the National Film Award for Best Actor (shared with Ayushmann Khurrana for Andhadhun).

Vicky Kaushal will next star in the horror film Bhoot – Part One: The Haunted Ship, produced by Karan Johar. He suffered an accident during the filming of an action sequence when he fractured his cheekbone.

Vicky Kaushal will also portray the freedom fighter Udham Singh, who assassinated Michael O’Dwyer, in a biopic directed by Shoojit Sircar, following which he will star as the Mughal emperor Aurangzeb in Takht, a historical drama directed by Johar, which features an ensemble cast, including Ranveer Singh, Kareena Kapoor, Alia Bhatt, and Bhumi Pednekar.

Vicky Kaushal has further committed to reuniting with Dhar and Gulzar in an action film about the mythological character Ashwatthama and a biopic of the army officer Sam Manekshaw, respectively.

Some Known Facts About Vicky

Who is Kaushal in real life?

Vicky Kaushal (pronounced [born 16 May 1988) is an Indian actor who works in Hindi films. Born to the action director Sham Kaushal, he pursued an engineering degree from the Rajiv Gandhi Institute of Technology.

Who is Kaushal’s father?

Why Kaushal is famous?

Vicky Kaushal is hardworking & doing her best acting in any role. Vicky Kaushal’s first movie independent debut was Masaan due to acting in Masaan movie Vicky Kaushal got Screen awards for best debut male. So after Uri: The Surgical Strike Vicky Kaushal become most famous in Bollywood & also in the public heart.

Who is Vicky dating now?

Vicky Kaushal opened up on dating Harleen Sethi. The Uri actor revealed that he has been dating her for a few months now. He has confirmed his relationship with Harleen Sethi. Vicky Kaushal has become the talk of the town, courtesy of his latest release Uri: The Surgical Strike.