Sudha Chandran is an Indian film and television actress and a Bharatanatyam dancer. Sudha Chandran was born on 27 September 1965 in Mumbai, Maharashtra, India. In June 1981, she lost a leg due to gangrene following a road accident near Tiruchirapalli, Tamil Nadu while coming back from Madras with her parents. She is known for her roles as Ramola Sikand in Kaahin Kissii Roz, Yamini Singh Raheja in Naagin, Chitradevi in Deivam Thandha Veedu, the Tamil remake of Saath Nibhana Saathiya and Anand’s first wife in Hum Paanch.

She is a great inspiration to dancers and strugglers as she made the impossible task possible with her dedication and hard work. Since then she has acted in several other TV serials such as K Street Pali Hill in which she played the character of Gayatri Kaul. The drama was produced by Ekta Kapoor for star plus. She has also portrayed the role of a rich bratty man’s mother in a drama called Kuch Iss Tara which was telecast on Sony TV and was also produced by Ekta Kapoor. Again, she had participated in a dance reality show, ‘Jhalak Dikhhla Jaa’, on Sony TV. Sudha Chandran was born in Mumbai. She had stated in an interview of Nettvu, that she was born and raised in Mumbai, but her family originates from Vayalur, Tiruchirapalli, Tamil Nadu. Her grandparents who were the fourth generation had migrated to Palakkad, Kerala from Tamil Nadu. Her father K.D.Chandran, worked at USIS and is a former actor. Sudha Chandran earned her B.A. from Mithibai College, Mumbai, and subsequently an M.A. in Economics. In May 1981, at about 16 years old, in Tamil Nadu, Chandran met with an accident in which her legs were wounded.

She received initial medical treatment of her injuries at a local hospital and was later admitted to Vijaya Hospital at Madras. After doctors discovered that gangrene had formed on her right leg, amputation was required. Chandran says that this period was the toughest time of her life. She subsequently regained some mobility with the help of a prosthetic Jaipur foot. She returned to dancing after a gap of two years and performed in India, Saudi Arabia, United States, UK, Canada, UAE, Qatar, Kuwait, Bahrain, Yemen, and Oman. Her biography is part of the curriculum for school children in the age group of 8-11. Sudha Chandran married assistant director Ravi Dang in 1994. She was given an honorary doctorate by Invertis University, Bareilly. 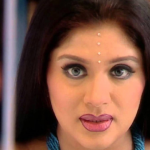 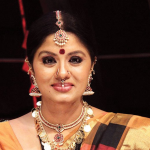 Sudha Chandran Income is an impressive $ 2 million. Her earnings mainly stem from her prominent work in the Hindi television in the film industry. Her net worth has also grown by her numerous works in industries of various languages. 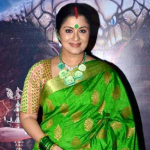 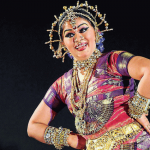 Some Known Facts About Sudha Chandran

Why Is Sudha Chandran Famous?

She Was Awarded The 1986 Special Jury Award At The National Film Awards For Her Performance In Mayuri. Actress Chandran’s Notable Shows On Television Include Kaahin Kissii Roz And K Street Pali Hill on television. She Was A dancer Contestant On The Dance Reality Show Jhalak Dikhhla Jaa 2 In 2007.

How Old Is Sudha Chandran?

What Is The Profession Of Sudha Chandran?

Who Is Sudha Chandran’s Husband?

Actress dancer Sudha Chandran’s Husband, Ravi Dang Is A Punjabi By Birth. He Was An Assistant Director In The Hindi Film Industry television. They Met On The television Sets In The Film, Seeta Salma Suzie.