Shruti Arjun Anand is a well-known Indian Fashion Blogger and YouTuber. She is primarily known for providing fashion tips, makeup, cosmetics, sketch comedy, and beauty tutorials on her YouTube channel. Her channel on YouTube is considered one of the best channels for skin and makeup in India. She has more than 80 lakh subscribers.

Shruti Arjun Anand was born on October 27, 1985, in Jhansi, Madhya Pradesh. Her parent’s name is unknown. But she has an elder brother Ankur Anand. She got married to Arjun Sahu on 21 November 2009, Arjun is an ex-engineer, and he is now working as a YouTuber too. The couple blessed with one daughter and her name is Anaya. Shruti Arjun Anand completed her schooling from Army Public School, Jhansi, and took admission in a private college to complete graduation on B.Tech (Computer Science). As she is a computer science graduate she started her career in IT at Steria India Limited.

Shruti Arjun Anand uploaded her first video on YouTube in 2012 that was on hairstyles. She would try different hairstyles before she shot the video, and people seemed to like her work. Afterward, She thought that she could do this – maybe a hairstyle tutorial videos. and she took a point-and-shoot camera, shot some videos, and put out the entire unedited footage on YouTube. And she got thousands of views on that video, Later on, she decided to make more videos on YouTube. 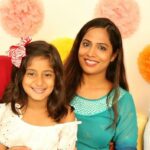 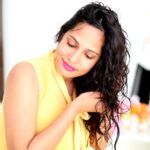 Later on, Shruti Arjun Anand started uploading beauty and fashion videos regularly on her YouTube channel. When she returned back to India from the USA in 2013, she quit her engineering job and started working on YouTube full-time profession.

After seeing a good opportunity on YouTube, her husband supported her to make it her full-time career. With immense dedication and hard work, she got millions of subscribers on her YouTube channel ‘Shruti Arjun Anand’ and became one of the popular fashion and makeup YouTuber of India. Soon, her family joined her into this venture and they are all doing pretty good business by making YouTube videos.

Apart from the makeup videos, she makes comedy videos on her YouTube channel. She is the owner of two companies, ‘ShrutiArjunAnand Digital Media’ Pvt. Ltd. and ‘Shruti Makeup & Beauty Private Limited.