Sanjeeda Sheikh is an Indian actress who works in the Hindi television industry. She established herself as one of the most popular actresses in the television industry. Sanjeeda Sheikh is best known as a Soap Opera Actress. Most famous for her starring role as Nimmo in the Indian soap opera Kyaa Hoga Nimmo Kaa, this popular actress also appeared in several other television series, including Kayamath and Badalte Rishton Ki Dastaan.

She was born on December 20, 1984, in Kuwait City, Kuwait. She and her husband and fellow actor, Aamir Ali, were the champions of the third season of an Indian reality television dance competition called Nach Bailye. Early in her career, she played a cameo role in the 2003 Bollywood film Baghban. She is one of the successful Soap Opera Actress. She has ranked on the list of those famous people who were born on December 20, 1984. She is one of the Richest Soap Opera Actress who was born in Kuwait. Sanjeeda Sheikh was born on December 20, 1984, into a Muslim family living in Kuwait. She has a brother named Anas Abdul, whose wife later accused him (along with other members of the Sheikh family) of domestic violence and abuse.

She initially wanted to pursue a career in dance, working as a choreographer and moving to Mumbai to start a dance studio with a friend. Sheikh married her longtime boyfriend and professional partner on shows such as ‘Nach Baliye,’ Aamir Ali, on March 2, 2012. 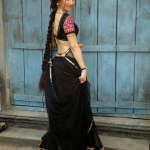 On May 29, 2017, her brother, Anas’ wife, Zakerabanu Zakir Hussain Bagban, alleged that Sheikh, Anas, and their mother had assaulted her in their Mumbai home while she spoke to another family member on the phone. In response to the FIR lodged by Bagban, Sheikh sought to prove that she had been working elsewhere on the day in question. The Ahmedabad High Court granted her interim relief and waived the service of notice. Sheikh’s lawyer later called the claims ‘baseless’ and a ploy to ‘harass’ the actress. 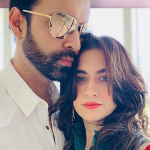 Sanjeeda is one of the leading actresses who has appeared in both Bollywood as well as TV industry. She charges around 50-55 thousand INR per episode, which made her estimated net worth around $2 million. 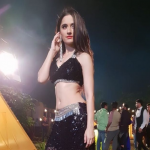 Her work on ‘Ek Hasina Thi’ also gained much critical acclaim, resulting in five award nominations, two of which she won– the ‘Star Parivaar Award’ for ‘Most Stylish Female Sadasya’ (2014) and the ‘Indian Television Academy Award’ for ‘Gr8 Performer of the Year’ (2014).

Some known facts about Sanjeeda Sheikh

Who is the husband of sanjeeda Sheikh?

What is the age of sanjeeda Sheikh?

Who is adeeba to sanjeeda?

What does sanjida mean?