Salman Khan is the most famous and well-known Indian actor, singer, producer, and TV presenter. He is mostly known for his work in Bollywood and Television industry. The actor has made a mark in the entertainment industry with his good deeds and great acting skills.

Salman Khan has always been appreciated by everyone for his simplicity and helping nature. The actor has thrilled his fans with his style statements and undying charm. He has even made it to the list of People’s Magazine List, becoming one of the most handsome men in the world.

Salman Khan was born in a Muslim family on 27 December 1965 Indore, Madhya Pradesh. His father’s name is Salim Khan, a popular screenwriter and his mother’s name is Sushila Charak (who later changed the name, Salma Khan). Salim Khan had a second marriage with actress Helen.

Salman Khan has two younger brothers named Sohail Khan and Arbaaz Khan. Both of them are also actors and producers. Along with two brothers, he has two younger sisters, Alvira Agnihotri and adopted sister Arpita Sharma. Almost every member of his family is associated with the film industry. Salman Khan completed his schooling from St. Stanislaus High School in Bandra, Mumbai. He also studied at The Scindia School, Gwalior with his brother Arbaaz Khan. But he left that school because his family was shifted to Mumbai. Then he joined St. Xavier’s College in Mumbai but dropped out to pursue his career in the acting field.

Later, Salman Khan went to Daisy Irani’s Acting School to learn acting skills. After taking his training Khan went on to make a career in the field of acting. He worked as a model in his beginning days in the industry. Then, in 1988, Salman made his debut as a supporting actor in the film Biwi Ho To Aisi, where his voice was dubbed. 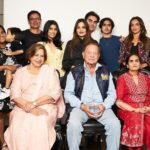 Salman worked very hard during his struggling days. He never used his father’s name to influence the producers, rather gave auditions to get the roles. After much struggle, Khan bagged his first leading role in the Bollywood Romantic Family Drama ‘Maine Pyaar Kiya’, which was one of India’s highest-grossing films at that time. The movie also earned him his first nomination for Best Actor at Filmfare, unfortunately, he could not win the award.

Initially, His father Salim Khan wanted him to become a cricketer, but he wanted to become a writer, just like his father. He has even written scripts for movies like Veer and Chandramukhi. In fact, the storyline of the movie Baaghi: A Rebel for Love was Salman’s idea and he has also been credited for the same in the movie. 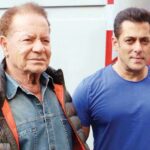 Aishwarya Rai- Salman Khan and Aishwarya started dating during the shoot of ‘Hum Dil De Chuke Sanam’ and broke in 2002. This was one of the ugliest breakups of Bollywood which created lots of controversies. If reports were to be believed then whispers of abuse were also heard in this relationship. In fact, once Salman Khan even misbehaved with actress Aishwarya Rai on the sets of her movie ‘Chalte Chalte’ which ended up the producer to replace her with actress Rani Mukherjee.

Katrina Kaif– Salman Khan also dated actress Katrina Kaif. He launched her in Bollywood and was very serious about this relationship. This was one of the most loved couples at one time in Bollywood. However, they broke up in 2010 after dating each other for quite some time. Though, they still share a very close friendship with each other. 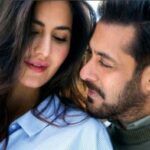 Sangeeta Bijlani- He dated Sangeeta at the beginning of his career when she had just won “Miss India”. The two were so serious in their relationship that they even moved in with each other and was about to get married. However, something happened and all of their wedding preparations were stalled halfway in 1994.

Somy Ali- Somy is one such actress who didn’t have a successful career but is still remembered by everyone for his link-up rumors with actor Salman Khan. She made her debut at the age of 19. They dated each other for almost six years and broke up in 1999.

Sneha Ullal- Salman launched her with the movie “Lucky” but the movie didn’t work well at the box office. It was reported that Salman discovered her right after his breakup with actress Aishwarya as he thought she looked at her. The rumors of them were dating back then was talk of the town but the couple broke up.

Zareen Khan- He was also rumored to be dating actress Zarine as well. They did a movie together named “Veer”. Apparently, she looked like Katrina Kaif but their relationship didn’t work out.

Iulia Vantur- Iulia is rumored to be in a relationship with actor Salman Khan. The rumors of them started making rounds when she was seen mingling with the Khan family on special occasions. The rumored couple usually makes special appearances together at various events. However, on asking they said, “There is nothing special brewing and we are only good friends’.

As per reports, Salman Khan’s net worth is $ 310 million (INR 1900 crore). He is the highest-paid television host in India. And, charges 6-8 Crores per episode. He takes 70-75 Crores per movie fees plus a share in the profit. He charges Rs. 6 Crores for brand endorsements.

Salman Khan is the owner of a flat in Galaxy Apartments in Bandra which costs around Rs. 16 crores. He also owns a 150-acre Farmhouse in Panvel that has 3 bungalows, a swimming pool, a gym, domestic animals, and 5 horses. He also owns a triplex apartment in another part of Bandra which is believed to be around Rs 80 crore. Apart from these, he has a 100-acre property in Gorai which has a 5 BHK farmhouse and has a private yacht which is now worth Rs. 3 crore.

After getting a big debut with ‘Maine Pyaar Kiya’, Then he appeared in ‘Baaghi: A Rebel’ for Love which was a commercial success, followed by some average movies like Patthar Ke Phool, Sanam Bewfa, and Kurbaan. Salman was the first Bollywood actor to feature in a Hollywood film and made his debut with ‘Marigold: An Adventure in India’. The actor has also hosted various tv reality shows like 10 Ka Dum and Big Boss.

Salman Khan has also launched his production companies under the name Salman Khan Being Human Productions and Salman Khan Film (SKF). His first produced film (under the banner SKF) was Dr. Cabbie, which was a Canadian movie that became the second highest-grossing film in Canada.

Who is the richest Salman Khan or Shahrukh Khan?

Compared to Salman Khan, Shahrukh Khan is the second richest actor in the world and the first richest non-Hollywood actor. According to Forbes List 10 highest-paid actors in the world, Salman Khan ranked sixth.

Where was Salman Khan in lockdown?

Salman Khan, who was stayed in his farmhouse in Panvel since the beginning of the lockdown, recently donated groceries to the needy, sending out huge supplies from his farmhouse.

Who is the CEO of Being Human Foundation?

Salman Khan owns Being Human Foundation and Manish Mandhana is the current CEO of it.

Why is Salman Khan not married?

In an interview Salman Khan said that “Marriage has become such a big thing. You spend lakhs and lakhs and crores of money in getting somebody married. I can’t afford it. That’s the reason I am a single man.”