Sakshi Tanwar is an Indian actress and television presenter. She is known for her work in the television soaps Kahaani Ghar Ghar Kii and Bade Achhe Lagte Hain. In 2016, she starred in the Aamir Khan-starrer Dangal.

Sakshi Tanwar was born in Alwar in the state of Rajasthan, India. She is an Indian Television Actress, Television Presenter & Film Actress who known for her work in Television Serials and in Bollywood films. Tanwar was born on 12 January 1973 to Rajendra Singh Tanwar, a retired CBI officer, in a middle-class family from Alwar, Rajasthan, India.

She was educated in many Kendriya Vidyalayas before graduating from Lady Shri Ram College in New Delhi. Prior to this, in 1990, after completing her pre-university course, she worked as a sales trainee at a five-star hotel. In college, she was the secretary and president of the dramatic society. After graduation, while preparing for the entrance tests to the administrative services and mass communications, she gave an audition for the national broadcaster Doordarshan’s film songs based program Albela Sur Mela in 1998; she was selected as the presenter. 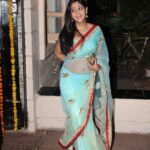 Sakshi is one of the highest-paid television actresses in the industry. She has an estimated net worth of $2 million which she earned from her career in acting and hosting different reality shows. She is living a luxurious lifestyle with her family in her hometown Alwar, Rajasthan.

After her television debut in 1998 with Albela Sur Mela, Tanwar gained fame for her role as Parvati Agarwal in the soap opera, Kahaani Ghar Ghar Kii. Between 2011 and 2014, she played Priya Kapoor, opposite Ram Kapoor, in Bade Achhe Lagte Hain. In December 2012, she made a second appearance on the reality show Kaun Banega Crorepati.

In the 2016 film Dangal, Tanwar played Daya Kaur, wife of former wrestler Mahavir Singh Phogat (played by Aamir Khan), who trains his daughters to be world-class wrestlers against social odds. Sakshi Tanwar made a comeback on television with Tyohaar Ki Thaali, first telecasted by Epic Channel in February 2018. 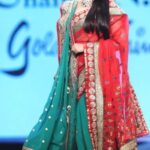 Some Known Facts About Sakshi Tanwar

Is Sakshi Tanwar Married?
Sakshi Tanwar not married! The TV industry has been abuzz with rumors in the last two days that television actress Sakshi Tanwar had secretly tied the knot with a businessman.