Reshma Pasupuleti is a South Indian Television serial and film actress. She is primarily known for acting in Tamil films and TV shows. Along with acting, she did anchoring for a few programs. She also has been part of Big Boss Tamil season 3.

Reshma Pasupuleti was born on 23rd July 1977. Her father’s name is  Prasad Pasupuleti who is a famous producer in the Telugu film industry.  She has two sisters named Deepti and Sushma Bandaru, Deepti is a software engineer. Her cousin Bobby Simha, is a famous actor who is also a well-known actor in Tamil, Telugu, and Malayalam film industry. Reshma Pasupuleti completed her primary education in the USA. She did her engineering in Computer Science from the University of Saint Joseph, West Hartford, Connecticut. Then she did a 2-year course in software testing from Amitysoft Software Institution, Chennai.

After completed graduation, Reshma started off her career as a newsreader in the TV5 channel, then she has also worked as an Air Hostess. Later she started acting as important roles in many serials including Vaani Rani, Vamsam, Sundhara Kandam, and En Iniya Thozhiye serials. 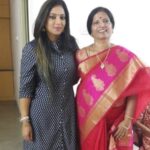 Reshma Pasupuleti’s estimated Net Worth, Salary, Income, Cars, Lifestyles & much more details have been updated below. Let’s check, How Rich is Reshma Pasupuleti in 2022?

After TV5 channel Reshma Pasupuleti joined Sun TV as an anchor and singer for the show “Sun Singer.” She started working as an actress in the Telugu show, “Love Doctor” in 2007. In 2013, she joined Gemini TV with the show, “Celebrity Kitchen,” as an anchor. She made her debut as a TV actress with the TV serial “Vani Rani (January 2013-December 2018),” in which she played the role of an antagonist named ‘Devika. 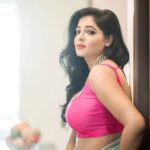 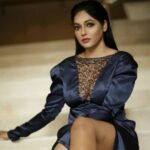 Her famous TV serial includes Vamsam (June 2013- November 2017) that aired on Sun TV. She then appeared in the Tamil TV Serial “Sundharakandam”  in the year 2014 which was aired on Vendhar TV, in which she played the lead role of “Sakthi”.

She made her film debut as an actress with the Tamil film “Masala Padam” in 2015. After this, she did important roles in many movies like Inimayana Natkal, Thiraikku Varaadha kadhai, and Manal Kayiru 2.

Reshma is one of the contestants in Bigg Boss Tamil Season 3. She was entered as the last contestant into the Bigg Boss house. Reshma got to break out in the Bigg Boss while she is talking about her son who got dead in the ninth month when she was pregnant. The situation made everyone in the house were to feel bad and eyes got filled.

Is Bobby Simha is the brother of Reshma Pasupuleti?

Which rumor was spread about Reshma Pasupuleti?

A video in which a policeman interrogating her was in news prominently for a few days. Reshma was then out on bail and no one knew about her whereabouts since then. It was rumored that she died in 2015, her family disowned her & there is no way of verifying where she is & if rumors of her death are true.

What is the age of Reshma Pasupuleti?