Rana Daggubati is a well-known Indian actor, producer, television personality, and visual effects coordinator. He is mostly known for his work in Telugu cinema, as well as his works in Tamil and Hindi cinema. He is titled ‘Rana’ in the Indian film industry. Rana is famous for playing the role of Bhallal Deva in the Bahubali movie series.

Rana Daggubati was born in a filmy background family on 14 December 1984. He belongs to Daggubati-Akkineni Family. He is the grandson of Telugu movie producer Daggubati Ramanaidu and Rajeswari Akkineni Daggubati is. His father’s name is Daggubati Suresh Babu who is a film producer and his mother, Lakshmi Daggubati, is a homemaker. His paternal uncle, Venkatesh, and his cousin, Naga Chaitanya, are also actors. Rana has two siblings Abhiram Daggubati(younger brother) and Malavika Daggubati(younger sister).

During his college days, he was in a relationship with a girl who got married to someone else. After coming in into the film industry, he fell in love with actress Trisha Krishna, but later, they split up. On 12 May 2020, he confirmed his engagement with Miheeka Bajaj on his social media accounts. Miheeka is an interior designer and owns a decor company in Mumbai. On 8 August 2020, he got married to Miheeka Bajaj at Ramanaidu Studios, Hyderabad. He completed his schooling at The Hyderabad Public School, Begumpet, Hyderabad. After completing primary education, he started doing B.com but later he dropped out after 2 months. He got a degree in Industrial Photography course from Chennai Film School.

Rana made his debut in productions with the movie Bommalata in 2004. In the year 2010, he made his film debut with ‘Leader’ movie written and directed by Sekhar Kammula, which hit the theaters. And his Bollywood debut was Dum Maaro Dum in 2011. 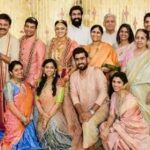 According to Woodgram, Rana Daggubati’s estimated Net Worth, Salary, Income, Cars, Lifestyles & many more details have been updated below. Let’s check, How Rich is Rana Daggubati in 2022? 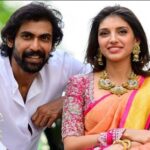 In 2012, Rana gained notoriety by playing in the hit movie Telris Krishnam Vande Jagadgurum. In 2015, he played a notable supporting role in the hit Hindi film Baby (2015). He then starred in Telugu, Tamil, and Trilingual Hindi Baahubali: The Beginning (2015), which recorded the second-largest first gross output of an Indian film.

He then starred in a supporting role in the Tamil film Bangalore Naatkal (2016). In 2017, Rana then resumed her role as Bhallaldeva in Baahubali 2: The Conclusion, which has become the most profitable Indian film of all time. He has also starred simultaneously in Telugu’s hit movies Rudramadevi (2015), The Ghazi Attack (2017), and Nene Raju Nene Mantri (2017).

As a visual effects producer, Rana won the State Nandi Best Special Effect Award in 2006 for the Sainikudu Telugu film. In 2006, he received the National Film Award for the co-production of Bommalata – A Bellyful of Dreams.

Rana has established himself as one of the main actors in Telugu cinema and has been described as one of the few actors in India to have been able to seduce the entire country, having assumed various roles, ranging from leading roles with characters, in different languages ​​too.

What is the name of Rana Daggubati’s wife?

What is the name of Rana Daggubati’s father?

Was Rana Daggubati blind with one eye in childhood?

Rana Daggubati admitted that he’s blind in one eye during his childhood, Later he operated and was cured.

How tall is Rana Daggubati?