Raghav Juyal is an Indian dancer, choreographer, anchor, and actor. He has been called King of Slow Motion for his unbelievable dance moves in slow motion style and for his reinvention of the Slow Motion Walk. His stage name Crockroaxz describes his dancing style which is an amalgamation of being “powerful like a crocodile” and ‘”creepy like a cockroach”.  He became known after being a finalist in Zee TV dance reality shows such as Dance India Dance (Season 3), as a skipper for the team Raghav Ke Rockstars in DID Li’l Masters 2 and Dance Ke Superkids where his team was declared the winner under his captainship.

Other than reality shows he also appeared in movies. He made his movies debut with Sonali Cable in 2014. After this, he also appeared in ABCD 2 movie.  He added a new dimension to the Indian dance art by his slow-motion dancing style. Raghav became a youth icon to dance lover audience when his team finalized for the Dance India Dance season 3. His dancing mixed with the Crocodile and Cockroach so he is named Crockroaxz. 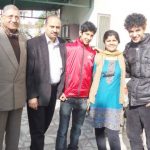 He is the son of Deepak Juyal, an advocate, and Alka Bakshi Juyal. Raghav was born and brought up in Dehradun, Uttarakhand. Born in a Garhwali family he belongs to his ancestral village Khetu in Uttarkhand. Raghav had never taken any formal training in dance but picked it up from watching performances on the internet and television. He started winning laurels as a dancer right from his days in Doon International School. Later, he joined DAV (PG) College to pursue his B.Com.

According to various online sources, Raghav Juyal’s estimated Net Worth, Salary, Income, Cars, Lifestyles & many more details have been updated below. Let’s check, How Rich is Raghav Juyal in 2022? 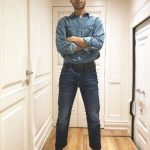 Raghav became known when his audition video went viral on YouTube. He was a contestant on Dance India Dance 3 (2012), which aired on Zee TV. He dubbed himself as Crockroaxz and was not professionally trained by anyone prior to coming on the show.

Raghav showed a new dance style but wasn’t selected in the Top 18 by the Grand Master in Mega Audition. Later, on public demand, Grand Master Mithun Chakraborty made an exception in the format by reintroducing him on the show as his Trump Card in the Wild Card round, through which he entered the competition again. 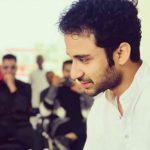 Thereafter, Raghav created different dance-forms and reached the finale. He was the most popular contestant of the season having garnered the most No. 1 positions in weekly voting. At the Grand finale, he was voted with 3,481,685 votes in the 2nd runner up position.

After DID, Raghav became the skipper of team Raghav Ke Rockstars in DID Li’l Masters (Season 2) where he choreographed for Saumya Rai and Rohan Parkale. He was the only skipper to lead both of his students to the Grand finale, in which Rohan and Saumya attained 2nd and 3rd runner up positions respectively. 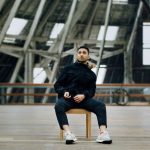 Is Raghav Juyal And Shakti Mohan In Relationship?

Shakti Mohan Has Been In Relationships With Raghav Juyal, Kunwar Amar, And Punit Pathak.

How Much Does Raghav Juyal Earn?