Muskaan Kataria is a well-known Indian dancer and model. She is mostly known for her looks and dancing skills. She has also participated in Nach Baliye 9 as a contestant along with her boyfriend Faisal Khan.

Muskaan Kataria was born in a Gujarati family on 19 July 1997. Her family has roots from Gujarat but currently, they live in Jaipur, Rajasthan. Her father’s name is Basant Kumar Kataria. And she has two elder sisters named Pooja Kataria & Deepika Kataria. Muskaan is in a relationship with Dancer, Television Actor Faisal Khan. Muskaan Kataria got her primary education from Tagore Public School, Jaipur. And then she completed her graduation in Journalism and Mass Communications from Manipal University in Jaipur. Muskan often attended almost every fashion event of the college.

Since childhood, She had a deep interest in dance. Thus, she started her modeling career at the age of 18 while she was in college.  While she was in college she participated in FBB Campus Princess and emerged as a finalist of the said show. The very same year she was crowned Miss Multimedia at the FBB Campus Princess 2018. She got the chance to enter into the modeling world and then walked over several ramp shows for various fashion brands and remained the part of a number of marketing campaigns. 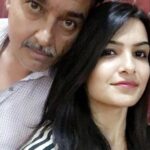 According to Woodgram, Muskaan Kataria’s estimated Net Worth, Salary, Income, Cars, Lifestyles & many more details have been updated below. Let’s check, How Rich is Muskaan Kataria in 2020?

Muskan Kataria with her boyfriend Faisal participated in the dance reality show Nach Baliye Season 9 along with the other celebrity couples. There was a rumor that the couple has broken up after the Nach Baliye season 9.

In season 9 of Nach Baliye, she along with Faisal Khan competed against many popular celebrities including Urvashi Dholakia, Anuj Sachdeva, Madhurima Tuli, Vishal Aditya Singh, Rohit Reddy, and many more other stars. 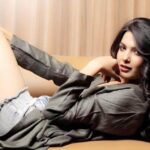