Mandy Takhar is a British actress, who predominantly appears in Punjabi language films. Mandy Takhar was born and raised in the city of Wolverhampton in the UK. She traces her roots to Maliana, a small village near Phagwara in Punjab.

She then moved to London from her family home when she was 17, to study drama at the Kingston University and then left the UK in 2009 to work as an actor in the Punjabi film industry. Mandy moved to Mumbai and landed the role opposite renowned Punjabi singer Babbu Mann in 2010 in film, Ekam – Son of Soil. She played the lead role opposite the superstar Gippy Grewal in the film Mirza – The Untold Story. She played Sahiba in this modern adaptation of the ethic love story of Mirza-Sahiba. Her portrayal of Sahiba got her nominated for the best actress at the PTC Punjabi Film Awards.

In 2013, she starred in Tu Mera 22 Main Tera 22 a comedy alongside Amrinder Gill and Honey Singh. She played the role of a teacher and won hearts again and got the award for most prominent & popular face and youth Icon of 2012-2013 at the 6th Punjabi Film and Music Festival.

She made her debut in Tamil cinema with Venkat Prabhu’s Biriyani starring Karthi. She won the award for the best supporting actor at PTC Punjabi Film Awards.

Takhar is living a lavish life as her net worth is to be around $500,000 in 2022. Being a successful actress and model, no doubt she earned handsome net worth in 2021. However, the exact figure of her 2022’s net worth is still unknown to us. 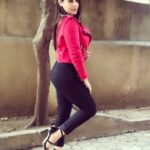 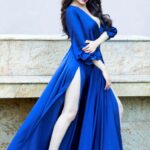