Kiara Advani is a very popular Indian actress and model. She is mostly active in the Bollywood film industry. Kiara is best known for her beauty and great acting skills. She got a huge recognization after M. S. Dhoni: The Untold Story as Sakshi Rawat and Kabir Singh as Preeti Sikka.

Kiara Advani was born in a Sindhi family on 31 July 1992 in Mumbai, India. Kiara’s birth name was Alia Advani but changed her name to Kiara before her debut in Bollywood. Her father’s name is Jagdish Advani, a Businessman, and her mother’s name is Genevieve Jaffrey, a teacher who has Scottish, Irish, Portuguese, and Spanish origins. She has a younger brother, Mishaal.  Kiara is the great-granddaughter of the veteran Bollywood actor Late Ashok Kumar and grandniece of Late Sayeed Jaffrey, another veteran Bollywood actor. Kiara Advani completed her schooling at Cathedral and John Connon School, Mumbai, and pursued her graduation from Jai Hind College for Mass Communication, Mumbai. Kiara was good at studies and scored 92% in the 12th standard. She decided to be an actor when she was only 2 years old. After graduation, Kiara did short term acting courses with Roshan Taneja and Anupam Kher.

Kiara Advani got her first acting break in the comedy-drama film ‘Fugly’ which was directed by Kabir Sadanand, in the year 2014. Though the film got an average response, Kiara got positive reviews for her performance and was praised as a versatile actor.

Advani’s net worth to reach a staggering amount of USD 3 million, or INR 21 crores.

Kiara Advani next apeared in a biographical sports movie M.S. Dhoni: The Untold Story about the former captain of the Indian cricket team MS Dhoni. She featured as Sakshi Rawat, alongside Bollywood actor Sushant Singh Rajput, who played the role of MS Dhoni and Disha Patani. However, this film became one of the most successful films with gross earnings of over 2.16 billion worldwide.

Kiara Advani appeared in another Bollywood film Machine with debutant actor Mustafa Burmawalla, in 2017. This film received negative reviews from critics. She also did a Telugu film Bharat Ane Nenu along with Mahesh Babu. Kaira was the anthology film Lust Stories, which is a Netflix film consisting of four segments dealing with woman sexuality. 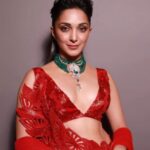 In 2019, Kiara appeared featured Sandeep Vanga’s Kabir Singh along with Shahid Kapoor. Kabir Singh is an official remake of the Telugu superhit film Arjun Reddy. The film has emerged as Shahid Kapoor’s highest-grossing hit. In the same year, she did a movie Good Newwz along with Akshay Kumar, Kareena Kapoor Khan, and Diljit Dosanjh. In this film, she played the role of Monika (Diljit Dosanjh’s wife). Recently she appeared in Guilty, in the role of Nanki Dutta.

Why is Kiara Advani so beautiful?

Kiara takes care of her beauty by natural method. She is a fitness freak. She keeps her body in form by exercise. Kiara Advani is beautiful without plastic surgeries.

Who is more beautiful Kiara Advani or Disha?

Disha is more known than Kiara. She has come in limelight much more than Kiara. People have just assumptions that Disha is more beautiful because of her photos have been in the media too much. Her bikini photos were everywhere.

Ever did you notice, how similar Kiara Advani looks to Dream Girl, Hema Malini? The resemblance is uncanny and if anyone suggests that she is the daughter of Hema, many will believe it’s true. The actress seems to not slow down even one bit.

Is Kiara Advani related to Ambani?