Karishma Tanna is an Indian film actress, television actress, model and anchor who predominantly works in Hindi films and shows. She is well known for her roles in Kyunki Saas Bhi Kabhi Bahu Thi, Nagarjuna – Ek Yodha and Qayamat Ki Raat. She was a contestant and first runner-up in the reality show Bigg Boss in 2014. She also appeared in other reality shows like Zara Nachke Dikha (2008), Nach Baliye (2015) and Jhalak Dikhhla Jaa (2016).

After her Bollywood debut Grand Masti, she appeared in Tina & Lolo, as well as in Sanjay Dutt’s biopic film Sanju, opposite Ranbir Kapoor. She played Naagrani Ruhi / Huzoor in Ekta Kapoor‘s Naagin 3 on Colors TV. She was recently seen playing the lead role of Gauri/Vaidehi in Kapoor’s Qayamat Ki Raat on Star Plus. Tanna was born and brought up in a Gujarati family. She lives with her mother and is very close to her, as her father died in October 2012. Tanna started dating actor Upen Patel in 2014 when they met inside the Bigg Boss house and later was engaged to him. In 2016, they split up. 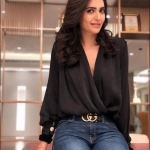 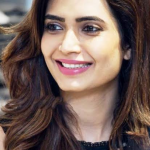 She charges nearly about 80 thousand per episode and has an estimated net worth of 2 crore INR. Her source of income includes acting, modeling, dancing and hosting different reality shows. 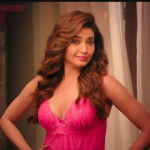 Some Lesser Known Facts About Karishma