Gypsy Rose Blanchard (born July 1, 1991) is an American Controversial Personality, and Murderer from New Orleans (USA). Furthermore, she convicted to kill her Mother Dee Dee Blanchard. In fact, Gypsy and her boyfriend Nicholas Godejohn involves in the murder planning. She meets him through an online dating portal. The police officers find the body of Dee Dee on June 14, 2015. Her face is down in her bedroom. There are multiple wounds on her body. Still, Rose Blanchard did not present with her mom. She is diagnosed with multiple illnesses like asthma, leukemia and muscular dystrophy.

Gypsy is also suffering from mental illness from the age of 7. However, she has brain damage at the time of her birth. The concern neighbors told the truth to the police. Dee Dee has targeted of foul play. Gypsy and her boyfriend are in Wisconsin. Gypsy Rose Blanchard was born on 1 July 1991. She was born to a father, Rod Blanchard, and a mother, Dee Dee Blanchard. Her birthplace is in Louisiana in the United States. She holds the American nationality. She belongs to White ethnicity. Her zodiac sign is Cancer. Her religion is Christianity. Her parents separated shortly before her birth.

Dee Dee claimed that her daughter Gypsy Rose suffered from leukemia, asthma, muscular dystrophy, along with several other chronic conditions. She also claimed that Gypsy had the mental capacity of a 7-year-old due to brain damage, due to her premature birth. Gypsy encountered a minor bike accident while on her grandfather’s bike when she was 7 or 8 years old. She suffered an abrasion to her knee. From then on, Gypsy was confined to a wheelchair although she was healthy enough to walk on her own on several occasions.

She stopped going to school after second grade and was homeschooled because of her supposed illness. After Rod remarried, Dee Dee moved in with her father and stepmother. Dee Dee was suspected about her treatment of Gypsy and expressed suspicion about her role in her stepmother’s health, she left with Gypsy for Slidell.

Dee Dee and Gypsy lived in public housing in Slidell. Their bills were paid with public assistance granted due to her daughter’s supposed medical conditions. Dee Dee regularly took Gypsy to the emergency room for minor ailments. Several surgeries were performed on her during this time. Dee repeatedly claimed that Gypsy had muscular dystrophy through a muscle biopsy found no sign of it.  They moved to Covington after Hurricane Katrina devasted the Slidell.

Tired with her mother, Gypsy tried to escape from her mother on several occasions. She was seen without her wheelchair and walking on several occasions. Her mother once her in a hotel room with a man she had met online. Dee Dee threatened Gypsy to inform the police and threatened to smash her fingers if Gypsy ever tried to escape again. Dee Dee kept Gypsy leashed and handcuffed to her bed for two weeks. 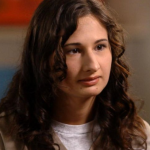 Gypsy met Nicholas Godejohn sometime around 2012. The two started discussing eloping together. They met in person for the first time. The two had sex in a bathroom. Gypsy did not find him as desirable in person as he had seemed online. However, the two continued their internet interactions and started developing plans to kill Dee Dee. 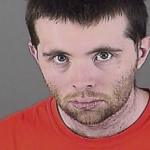 According to Woodgram, Gypsy Rose’s estimated Net Worth, Salary, Income, Cars, Lifestyles & much more details has been updated below. Let’s check, How Rich is Gypsy Rose in 2020?

After watching Mommy Dead and Dearest and The Act, you probably know a lot about Gypsy Rose Blanchard’s story. And although you might be able to rattle off all the medications Dee Dee was hoarding in their bathroom cabinet, do you know what Gypsy is up to these days?

Gypsy Rose, now 28, is currently serving a 10-year sentence at the Chillicothe Correctional Center in Missouri. Gypsy received the minimum sentence for second-degree murder in 2016 at the age of 24. She’ll be eligible for parole in 2024, just before she turns 33.

It is commonly reported that Gypsy “murdered” her mother, but that’s technically not the case. It was actually her internet boyfriend, Nicholas Godejohn, who carried out the stabbing that ultimately killed Dee Dee. Nicholas pleaded not guilty but was sentenced to life this February. Gypsy was still obviously involved, as she convinced him to do it in the first place. Her sentencing was incredibly complicated because despite planning her mother’s murder, she was a victim of abuse.

In 2011, Gypsy tried to get away from her mother by running away with a man she’d met at a science fiction convention. But Dee Dee soon tracked them down via mutual friends. She convinced the man that Gypsy was a minor, though she was actually 19 at the time. According to Gypsy, Dee Dee smashed her computer and physically restrained her to her bed after they returned home. Gypsy has also stated her mother would sometimes hit her and deny her food.

Gypsy eventually managed to get back online. She joined a Christian dating site, where she met Nicholas Godejohn. She told him the truth about her mother’s actions and ended up asking him to kill Dee Dee so they could be together. In June 2015, he came to her house and stabbed Dee Dee while Gypsy waited, ears covered, in the bathroom. Gypsy and Godejohn returned to his home in Wisconsin, where they were found by police. Gypsy had twice posted to the Facebook account she shared with her mother, once writing, “That b***h is dead!” She later explained she made the posts because she wanted her mother’s body to be discovered. 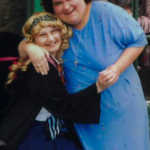 Gypsy Rose Blanchard With Her Mother

Dr. Phil this week took to Instagram to share a brief clip from his exclusive interview with Gypsy Rose Blanchard, the Missouri woman serving 10 years in prison for second-degree murder for her role in her mother Dee Dee Blanchard’s 2015 death. In a previously unaired moment from his 2017 interview with Blanchard, per Cosmopolitan, Dr. Phil talked to the now 27-year-old about the moment her mother was stabbed to death by her then-boyfriend Nicholas Godejohn, who is now serving a life sentence for first-degree murder. The clip was shared in light of Dr. Phil’s new podcast, “The Killer Thorn of Gypsy Rose: Analysis of a Murder by Dr. Phil.”

“I put my hands over my ears and then it all went quiet,” Blanchard said in the sound bite of the moment Dee Dee reportedly screamed her name as she was stabbed by Godejohn. Dee Dee allegedly suffered from a mental illness called Munchausen syndrome by proxy (MSBP), which occurs when a person attempts to produce psychological or physical symptoms in another person. Blanchard was forced by her mother to use a wheelchair and undergo unnecessary medical procedures.

In November, Blanchard testified that she asked Godejohn, who she met on a Christian dating site, to kill her mother. Blanchard said her mother physically abused her and controlled her life. She said she thought killing her mother was the only way out and she talked Godejohn into coming to Missouri to kill Dee Dee. 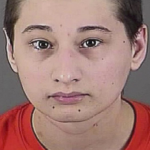 How Long Is Gypsy Rose Blanchard In Jail For?
She Was Sentenced To 10 Years In Prison, Though She’ll Be Eligible For Parole Beginning In 2024. Godejohn Was Found Guilty Of First-degree Murder In 2018 And Was Sentenced To Life In Prison. Gypsy Has Stated It Was Only After Dee Dee’s Death That She Realized The Extent Of Her Mother’s Deception.
How Old Is Gypsy Rose Blanchard?
How Old Is Gypsy Rose Blanchard And Is She Still In Prison? Gypsy Rose, Who Is Now 27, Is Currently Serving A Sentence Of Ten Years In Prison For Her Mother’s Murder, And She’ll Be Eligible For Parole Before She Turns 33.
Who Is Gypsy Blanchard Engaged To?
Story Highlights, Gypsy Rose Blanchard Is Still Engaged To Her Fiancé, Known Publicly Only By His First Name, Ken, Her Stepmother Confirmed In An Interview With The News-leader On Thursday Afternoon.
Who Was Dee Dee Blanchard?
Clauddine “Dee Dee” Blanchard (Played By <a data-ail="3381" target="_blank" href="https://woodgram.com/patricia-arquette-biography/" title="Patricia Arquette">Patricia Arquette</a>)<br /> The Real Dee Dee Certainly Retained A Noticeable Louisiana Drawl Even After Moving Gypsy And Herself From, Their Home State To Springfield, Missouri, Following Hurricane Katrina You Can Judge For Yourself If It Approximates Arquette’s Affectation.
Did Gypsy Rose Mom Have Mental Illness?
There Was No Sign Of Her Daughter Gypsy Rose, Who, According To Blanchard, Suffered From Leukemia, Asthma, Muscular Dystrophy, Along With Several Other Chronic Conditions And Had The “Mental Capacity Of A 7-year-old Due To Brain Damage” She Had Suffered As A Result Of Her Premature Birth.