Esha Gupta was born and brought up in Delhi. She completed her schooling from India Blue Bells International, New Delhi. Then she took admission to Manipal Institute of Communication, Manipal University, Karnataka, and completed her graduation in Mass Communications Course.

Esha Gupta auditioned for the Femina Miss India beauty pageant. She was named ‘Miss Photogenic’ in the competition. She went on to take part in the Miss India International contest and won the title in 2007. She also featured on Kingfisher’s Calendar in 2010. She made her Bollywood debut with the movie ‘Jannat 2’ opposite Emraan Hashmi. This movie directed by Mahesh Bhatt was successful at the box-office and fetched her recognition in the industry.

Esha has an estimated net worth of $2 million. She lives in a luxurious apartment in the posh area of Mumbai and drives a BMW worth Rs 60 lakh. 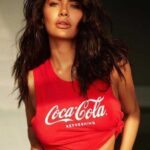 Esha Gupta was then cast in Vikram Bhatt’s horror thriller movie ‘Raaz 3D alongside Emraan Hashmi and Bipasha Basu. Further, in 2014, she starred in the movie ‘Humshakals’ with Saif Ali Khan, Bipasha Basu, Tamannah, and Ritesh Deshmukh, which proved to be a box-office disaster.

Esha Gupta has also starred in a Tamil movie titled, ‘Yaar Ivan’ in 2017. She played the main antagonist in the movie ‘Commando 2’. She was recently seen in multi starrer film Baadshaho and One Day: Justice Delivered among others. She will be next seen in films like Aankhen 2 and Hera Pheri 3. In addition to Hindi, she has worked in Tamil and Telugu films as well.

Esha Gupta has also hosted the National Geographic TV show ‘Nat Geo Super Cars’ in 2012. She has been named among ‘Top 50 Most Desirable Women’ by Times magazine several times. Esha was also among FHM’s ‘World’s Sexiest 100 Women’ in 2013.

Can we compare Esha Gupta to the Hollywood actresses?

Definitely yes, we can compare Esha Gupta with the Hollywood actresses due to her boldness, seductiveness, and her beautiful curvaceous hot body which could make any man wait for her.

Why is Esha Gupta famous in Bollywood?

Esha Gupta is a Hot and beautiful actress of Bollywood. She has worked on many Bollywood movies and got huge fame or love from his fans. Her acting skills are also very good.

How do you rate the acting skills of Esha Gupta?

Average-Nothing special She has only done a few good films in Bollywood most of them under Vishesh Films eg Jannat 2, Raaz 3, etc. She has got exceptionally good looks and typical Indian Features which make her one of the best-looking actresses in the industry. But she lacks in the acting department or may I say that we haven’t had the chance to see her acting skills in action in some acting centric film without skin show and glamour.She is treated as eye candy more than an actor

Should Esha Gupta be sacked as Arsenal’s ambassador after her racist remarks?

Why was she made one in the first instance itself is a mystery, she may or may not be aware of Arsenal and its history but a club ambassador should be one who has an in-depth knowledge of the club, presents a global image, and most importantly conduct themselves amicably. Isha at best is a fan and does not suit the role of an ambassador.