Ed Gein, famously known as the ‘Butcher of Plainfield. He was an American murderer and body snatcher. He Born into a small farming community and he lived an isolated and restrictive childhood with a little bit of social interaction. He was obsessively dedicated to his mother and stayed with her until her death. He committed the crimes around Plainfield, Wisconsin, gathered notoriety after authorities discovered. He had exhumed corpses from graveyards to fashion keepsakes and trophies from their skin and bones. After some time, he also confirmed to murdering two women in the years 1954 and 1957.

However, as he was found mentally unfit for trial, he was carried to a mental health hospital. After a few years, he went through trial for murder and was finally sentenced to life imprisonment. He spent his imprisonment at the mental hospital. His life story has prompted the production of several fictional characters in music, movies, and literature, such as ‘Norman Bates’ in ‘Psycho’ (1960), ‘Ezra Cobb’ in ‘Deranged’ (1974), ‘Ed Gein’ from The Ziggens‘ album ‘Rusty Never Sleeps’ (1992),  and ‘Ed Gein: The Butcher of Plainfield’ (2007). Ed Gein was born on 27 August 1906. Henry and his younger brother Gein lived on a rural farm near Plainfield. His father WI. George Gein was a tanner and carpenter and was drunk almost time. His mother Augusta was the real power of the house. She was a religious fanatic who constantly warned her sons about the sins of premarital s*x and railed against “evil” women.

His father died in 1940. His brother Henry died four years later fighting a marsh fire. Although it was suspected that Ed might have killed him. Ed stayed at the family farm with his mother and never stayed out of the surrounding few counties. When his mother died of a stroke in 1945, Ed was left all alone at the “tender” age of 39. He locked her bedroom and the rest of his house off and living in just the kitchen and one other room. 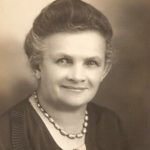 Ed Gein was shy, and classmates and teachers remembered him as having strange manners, such as seemingly random laughter as if he were laughing at his own personal jokes. To make matters worse, his mother punished him whenever he tried to make friends. Despite his poor social development, he did fairly well in school, particularly in reading.

When young, his mother forbids him to have friends or date girls, but as he got older he never dated either. Socially, Gein was a mess, only allowing himself to love his mother. Part of this is because he was socially stunted as a child, the other the beginning of pure evil brewing inside Ed Gein, the monster.

In hindsight maybe this was for the best. Had Gein been socially active it could have gone one of two ways. First, he meets someone that helps set him straight. What if he is already pure evil? This could have kick-started a serial killing murder rampage across the small town much sooner (with a much higher body count). Also, for those that didn’t get murdered they would realize (after his arrest) how they almost got butchered by one of the most brutal killers of all time.

Ed Gein Net Worth is Rs. $100,000 – $1M (USD) Crore. The main source of Ed Gein’s income comes from criminal activities. Ed Gein’s earnings for the year have yet to be determined, but He is likely to see an increase in pay. We are in the process of reviewing Ed Gein’s salary, so check back soon. 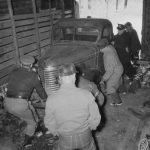 Ed Gein Car In His House

We are constantly updating this page with new financial and earning details. We use publicly available data and resources to ensure that Ed Gein Net Worth estimates and wealth calculation is accurate and up to date. All net worths are fact-checked and confirmed by our users. While it’s relatively simple to predict her income, it’s harder to know Ed Gein’s expenses over the years.

On November 16, 1957, Bernice Worden was reported missing from her Hardware store in Plainfield, with the money account register also gone and a trail of blood leading out the rear. Her son Frank, a law officer, was suspicious of Gein, and therefore the reclusive man was soon apprehended at a neighbor’s house. The authorities sent to Gein’s home that night were greeted by the gruesome sight of Worden’s headless, gutted body hanging from the ceiling. 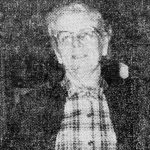 Later investigation yielded more shocking things, including organs in jars and skulls used as soup bowls. Under questioning, Gein confirmed to killing Worden and Hogan, three years earlier. Additionally, he admitted to effort numerous corpses for keeping apart body parts.
He admitted practicing necrophilia and fashioning masks, and suits out of skin to wear round the home. According to evidence, authorities attempted to attach him to other murders and disappearances from recent years but were unable to draw any definitive conclusions.
Gein’s lawyer, William Belter, entered a plea of clean-handed by reason of insanity, and in January 1958, Gein was found unfit to face trial. He was committed to Central State Hospital, where he variously worked as a mason, carpenter’s assistant, and medical center aide.

On November 21, 1957, Gein was arraigned on one count of first-degree murder in Waushara County Court, where he pleaded not guilty by reason of insanity. Gein was diagnosed with schizophrenia and found mentally incompetent, thus unfit for trial. He was sent to the Central State Hospital for the Criminally Insane, a maximum-security facility in Waupun, Wisconsin, and later transferred to the Mendota State Hospital in Madison, Wisconsin. 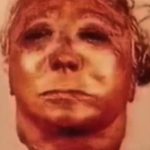 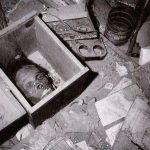 In 1968, doctors determined Gein was “mentally able to confer with counsel and participate in his defense”. The trial began on November 7, 1968, and lasted one week. A psychiatrist testified that Gein had told him that he did not know whether the killing of Bernice Worden was intentional or accidental. Gein had told him that while he examined a gun in Worden’s store, the gun went off, killing Worden.

Gein testified that after trying to load a bullet into the rifle, it discharged. He said he had not aimed the rifle at Worden, and did not remember anything else that happened that morning. At the request of the defense, Gein’s trial was held without a jury, with Judge Robert H. Gollmar presiding. Gein was found guilty by Gollmar on November 14. A second trial dealt with Gein’s sanity.

After testimony by doctors for the prosecution and defense, Gollmar ruled Gein “not guilty by reason of insanity” and ordered him committed to Central State Hospital for the Criminally Insane. Gein spent the rest of his life in a mental hospital. Judge Gollmar wrote, “Due to prohibitive costs, Gein was tried for only one murder that of Mrs. Worden. He also admitted to killing Mary Hogan.”

Ed Gein died of lung cancer on 26 July 1984, in ‘Goodland Hall’ at the ‘Mendota Mental Health Institute.’ His body was buried at the ‘Plainfield Cemetery.’ After the years, visitors demolished the gravestone by chipping off pieces. In the year 2000, the maximum part of the gravestone was stolen. It was recovered the following year and is currently maintained by a museum in Waushara County.

The story of Gein’s inhuman activities, particularly his devotion to a dead mother, strongly influenced Robert Bloch’s 1959 novel Psycho, which was appeared to the big screen the following year by Alfred Hitchcock.

Additionally, Gein functioned as the inspiration of other infamous movie villains. These characters used in the following movies Leatherface (The Texas Chainsaw Massacre), Buffalo Bill (The Silence of the Lambs), and has been referenced in numerous songs over the years.

Gein Served As The Inspiration For Myriad Fictional Serial Killers Across Different Mediums, Most Notably The Likes Of Norman Bates (Psycho), Leatherface (The Texas Chain Saw Massacre), Buffalo Bill (The Silence Of The Lambs) And The Character Dr. Oliver Thredson From The Tv Series American Horror Story: Asylum.[/wps_faq]

Where Is Ed Gein’s House?

Plainfield, Wisconsin: Site Of Ed Gein’s Murder House. Ed’s House Was Bulldozed After It Mysteriously Burned Down In 1958, But People Still Seek The Spot Where He Practiced His Peculiar Form Of Carnage.