Divya Agarwal was born on 4, December 1992 in Mumbai, India. She is an Indian beauty contestant from Navi Bombay and won the title Miss Navi Mumbai 2015. She created a mark by winning the crown in INDIAN PRINCESS-2016. During her Graduation, her love of dance LED her to Terence Lewis dance academy where she learned the dance for a year and began her own dance academy ‘Elevate Dance Institute’. She has choreographed commercials for known actresses like Shilpa Shetty and Ileana Dcruz.

She has aided a Pakistani choreographer for a poster and film and was the creator of IPL 2010 during which she had choreographed nearly 3000 dancers. She had worked in several ad films like Loreal, Kellogs K, Head N Shoulders, etc. She additionally appeared in very few music videos. She actually impressed the viewers with her charming face, stunning eyes, and dedication towards her work. She was born and brought up on Navi Mumbai. Divya completed her schooling from “St. Xavier’s High School” at Navi, Mumbai. Later on, she went to Dubai for her further higher studies. She has completed her graduation and post-graduation in Journalism from Sanpada College of Commerce and Technology, Canadian University, Dubai. Divya holds her master’s degree in journalism. She is a bright student besides she has a great passion for dancing since studying there. 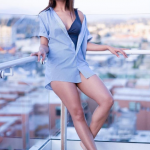 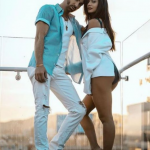 Divya Agarwal is one of the highest-paid Indian models who charge approximately RS 10-15 Lakh per episode. Her estimated net worth is around the US $ 1 million which is a great amount as an upcoming star. Agarwal lives in her own house with her family in Mumbai, India.

Divya was into a serious relationship with the actor and model Priyank Sharma. But she broke up with him for his irrational behavior in the big boss house while he was the contestant there. Currently, she is dating Varun Sood for a long time. They are often seen together on events and television shows as well. They are best friends and shared a good bonding.

Divya won the titled of “MISS INDIAN PRINCESS” in the year of 2016. Then in the same year, she also grabbed the title of “MISS TOURISM INTERNATIONAL INDIA 2016”. After that, she participated with her boyfriend Varun Sood in “MTV Ace Of Space”  an Indian reality television series hosted by Vikas Gupta. Diya won the title of the show. 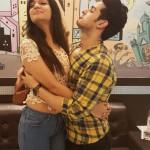 Agarwal rose to fame in 2017 when she participated in MTV India’s Splitsvilla 10 and ended up being the runner up. In 2018, she acted as a mentor to the contestants in Date To Remember. In March 2018, Agarwal hosted On Road With Roadies with Baseer Ali on Voot. In June 2018, she hosted Splitsvilla 10 on Voot. In October 2018, she participated in MTV India’s Ace Of Space 1 where she emerged as the winner. In January 2019, Agarwal took an international leap and participated in Insight TV’s Travel With A Goat. In February, she played herself in ALT Balaji’s Puncch Beat.

The talented diva has also participated in Indian beauty pageant from Mumbai and also grabbed the title of “MISS NAVI MUMBAI 2015”. She got more fame when she participated in the reality show “MTV Splitsvilla Season 10” which was hosted by Ranvijay Singh and B -town actress Sunny Leone. There she was romantically involved with the model and actor Priyank Sharma. Later on, she broke up with him on National Television due to some issues. 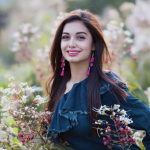 Some Known Facts About Divya Agarwal

Who Is The Boyfriend Of Divya Agarwal?

Divya Agarwal With Boyfriend Varun Sood In A Still From Ace Of Space. Divya Was Declared The Winner Of MTV Ace Of Space Who Took Home Rs 7 Lakh Along With The Winner’s Trophy.

Who Is Divya Agarwal Father?

She Was Born In Navi Mumbai, India Into A Middle-Class Hindu Family. Her Mother Name Is Rosy Agarwal And Father Name Is Not Known. She Has A Brother Named Prince Agarwal.

Why Did Divya Break Up With Priyank?

Priyank Sharma‘s Growing Fondness For Benafsha Is Apparently The Reason Divya Ended This Relationship. The Splitsvilla Contestant Recently Talked To International Business Times About The Whole Thing And Was Upset With Priyank For Taking Her For Granted. She Said, ” Let’s Break Down The Conversation.

Divya Has Also Confirmed Dating Varun Sood. Ace Of Space Contestants Chetna Pande, Varun Sood, And Divya. Varun Sood Who Was Declared The Second Runner-up Of Ace Of Space Is A Happy Man. The Reality Tv Star Might Have Not Won But Definitely Got The Love Of His Life Divya Agarwal On The Show.

Are Priyank And Divya Together?

Priyank and Divya Made Headlines More Than A Year Back When The Two Broke Up On Bigg Boss 11. Now, Interestingly While Divya Is Dating Benafsha’s Ex Varun Sood, Priyank Is Said To Be In Relationship With Her Bb 11 Mate. Priyank and Divya Started Dating During Splitsvilla But Their Relationship Could Not Last.