Bob Barker is a retired TV game show host and he was a marine fighter pilot during ‘World War II.’ He started out in entertainment in 1950 with his own radio show, The Bob Barker Show. After graduation, he decided to make a career in broadcasting. He moved to California in search of more chances. Soon, he had his own radio show titled ‘The Bob Barker Show’ that aired for six years. Ralph Edwards, a radio show producer, made him the host of ‘End of the Rainbow’ which supported him in his career. Afterward, he became the host of NBC’s ‘Truth or Consequences’ and hosted it for 18 years.

Although Barker is renowned for hosting ‘Truth or Consequences,’ he is more famous as the host of another game show, ‘The Price Is Right.’ The show became a hit as viewers loved the friendly and sweet-talking host. He conducted the game show for 35 years. He won 16 ‘Emmy Awards,’ including the ‘Lifetime Achievement Award for Daytime Television.’ Throughout his illustrious career as a television host, he was associated with many shows, such as ‘End of the Rainbow,’ ‘Simon Says,’ ‘The Family Game,’ and ‘That’s my line.’ The popular television personality continues to be an active supporter of animal rights and has donated millions of dollars towards animal welfare. He was born in Darrington, WA. He spent most of his young age on the Rosebud Indian Reservation in South Dakota, where his mother was a school teacher. His family moved to Springfield, Missouri. He attended high school and Drury College on a basketball scholarship. World War II disturbed his studies, so he joined the US Navy, as a fighter pilot. Later he was assigned to a seagoing squadron before the war ended. 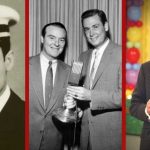 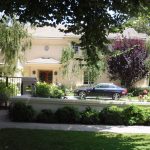 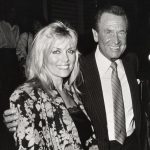 Bob Barker With His Late Wife

‘The Price Is Right’

Barker had taken on the hosting duties of another game show, Before his run on Truth or Consequences ended, The Price Is Right. The Price Is Right had aired on NBC and ABC before finding a home since 1950, at the time of Barker’s arrival in 1972, on CBS.

The unwavering Barker also hosted the Miss Universe and Miss U.S.A. pageants every year from 1966 to 1988, when he became involved in an argument with the organizers of Miss U.S.A. over an issue that had become dear to his heart: animal rights.

Barker refused to host the pageants after promoters refused to remove fur coats from the prize packages received by the winners, as he had requested. His support of animal rights concluded in his founding of the DJ&T Foundation in 1995, an organization based in Beverly Hills that works to reduce the overpopulation of pet animals by providing free or inexpensive castration for cats and dogs. 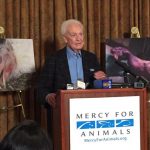 Barker named the DJ&T Foundation for his wife, Dorothy Jo Gideon, and her mother, Tilly. Gideon contributed her husband’s game shows until her death, in 1981, from cancer. In October 2013, Barker spent almost $1 million to get three African elephants from the Toronto Zoo to PAWS, an animal holy place in California.

The Toronto City Council allowed for their removal in 2011 after activists such as Barker voiced their interests about having large animals held within zoos. With the addition of Toka, Thika, and Iringa, the Performing Animal Welfare Society’s ARK 2000 compound has a total of 9 elephants.

Special Visit to ‘The Price Is Right’

Barker made a surprise return visit to The Price Is Right as an April Fool’s joke on April 1, 2015. It was his first presence since he had turned 90 in 2013. 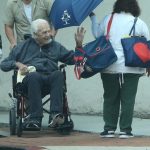 Bob Barker At The Age Of 96

“I know the world is full of fools, but I am a carefully selected fool,” Barker joked about being back on the game show, of which he had hosted for over 3 decades.

Bob Barker has written his autobiography, titled Priceless Memories. It was published on April 6, 2009, and features stories from his early life as well as stories and experiences in the 50 years of his television career.

What Is The Net Worth Of Bob Barker?

Other Accolades Include The Gsn Lifetime Achievement Award And Time Magazine’s Greatest Game Show Host Of All-time. His Autobiography ‘priceless Memories’ Was Published In 2009. Barker Is About 6Ft 1In Tall And He’s Of Native American Descent. His Net Worth Is Estimated At $89 Million.

Barker Was Born On December 12, 1923, In Darrington, Washington, And Spent Most Of His Youth On The Rosebud Indian Reservation In Mission, South Dakota. The U.S. Indian Census Rolls, 1885–1940, List Barker As An Official Member Of The Sioux Tribe. Barker Is One-eighth Sioux.

Bob Barker Is A Vegetarian Us Tv Show Host, He Retired As An American Tv Show Host In 2007. He Has Advocated Rights For Animals As A Long Time Vegetarian.

What Nationality Is Bob Barker?