Anushka Sharma is an Indian actress and film producer who has established herself as one of the most popular and highest-paid actresses in India. She made her debut opposite Bollywood superstar Shah Rukh Khan in the movie ‘Rab Ne Bana Di Jodi’. She has since then worked with two other superstar Khans of Bollywood: opposite Amir Khan in ‘PK’ and Salman Khan in ‘Sultan’, both the films are among her highest-grossing films. She has worked with several lead actors of Bollywood, appearing alongside Shahid Kapoor in ‘Badmaash Company’; Ranveer Singh in ‘Band Baaja Baaraat’ and ‘Ladies vs Ricky Bahl’; Akshay Kumar in ‘Patiala House’; and Ranbir Kapoor in ‘Bombay Velvet’ and ‘Ae Dil Hai Mushkil’. She has also produced the films ‘NH10’, ‘Phillauri’, and ‘Pari’ through her production company Clean Slate Films. She has designed her own line of clothing for women and has endorsement deals with several top brands. As a philanthropist, she supports gender equality and animal rights.

Her first acting role was in Aditya Chopra’s Rab Ne Bana Di Jodi (2008) opposite Shahrukh Khan. The film was a huge success and her performance was appreciated. Film critic Taran Adarsh said, “Anushka looks the character and surprises you with a confident performance. It’s no small achievement to share screen space with an actor of the caliber of SRK and Anushka manages it very well from start to end.” Her second film, Badmaash Company, also under Yash Raj Films, was released on May 7, 2010. She was praised for breaking out of the shell of the conservative and homely Taani to play the feisty and independent Bulbul, and her performance was applauded. Anushka was born to Army Colonel Ajay Kumar Sharma and homemaker mother Ashima Sharma. His elder brother, Karnesh Sharma is a film producer and earlier he has served in Merchant Navy. In an interview, Anushka Sharma said, “I take pride in saying that I am an army officer’s daughter even more than being an actor.” 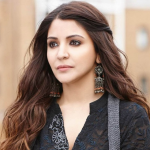 Anushka Sharma was born on 1 May 1988 in Ayodhya, Uttar Pradesh. Her father, Colonel Ajay Kumar Sharma, is an army officer, and her mother, Ashima Sharma, is a homemaker. Her father is a native of Uttar Pradesh, while her mother is a Garhwali. Her elder brother is film producer Karnesh Sharma, who earlier served in the Merchant Navy.

Prior to joining the navy, Karnesh played for the under-19 Bangalore Ranji cricket team. Sharma has stated that being a military brat played an important role in shaping her as a person and contributing to her life. In an interview with The Times of India in 2012, she said, “I take pride in saying that I am an army officer’s daughter even more than being an actor. 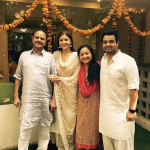 Anushka Sharma with her family

She studied in Army School and graduated with a specialization in arts from Mount Carmel College, Bangalore. She then moved to Mumbai to further her modeling career. Sharma says she originally wished to make it big in the modeling world but had no strong aspirations for films. 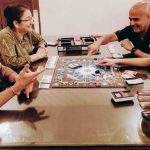 She began her modeling career at the Lakme Fashion Week as a model for Wendell Rodricks’s Les Vamps Show and was picked to be Rodricks’s finale model at the Spring Summer ’07 Collection. Since then she has done campaigns for Silk & Shine, Whisper, Nathella Jewelry, and Fiat Palio. 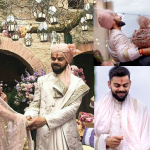 According to the report, Virat Kohli earned Rs 252.72 crores last year. The India batting mainstay’s total net worth is reportedly around Rs 900 crores. Anushka, on the other hand, earned Rs 28.67 crores in 2019. She has a reported net worth of Rs 350 crores. Thus, together Kohli and Anushka have a net worth of more than Rs 1,200 crore. 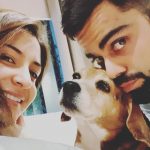 Anushka Sharma With Her Husband 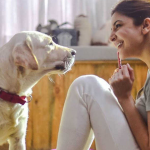 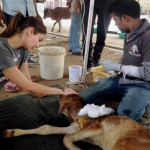