Anita Hassanandani is an Indian actress who has worked in multilingual movies and TV Shows. She is primarily known for her work in Bollywood and television industry. Born on 14 April 1980, she completed her schooling and graduation from her hometown in Mumbai itself. The actress rose to fame for playing the role of “Shagun Arora” on Star Plus’s popular television show “Yeh Hai Mohabbatein”. She has been in the showbiz for over a decade and has impressed everyone with her looks and great acting abilities. Over the years, she has experimented with different genres and has lots of memorable roles in her bucket. Continue Reading to Know About her Age, Husband, Twitter, Instagram, Facebook profiles.

A 37-years-old television actress, Anita Hassanandani rose to fame from the TV industry. Also, she did dozens of films in several languages like Hindi, Tamil, Telugu, and Kannada. In which, she acted the supporting actress roles. As of 2019, Anita is one of the hottest TV actresses in India. Anita participates in various TV reality shows as well like Nach Baliye. Anita Hassanandani participates in Nach Baliye 9 with husband Rohit Reddy. So, here is all about Anita and her career. Let’s dive into the deep. In October 2013, Anita Hassanandani got married to a businessman. Furthermore, Anita Hassanandani’s husband’s name is Rohit Reddy. Anita appears in Naagin 3 TV serial which is broadcasting on Colors TV. In addition, Naagin 3 actress Anita is acting a role of Vishakha from 2018. Also, she started her shooting for TV serial Kaal Kalki which will broadcast on Star TV. 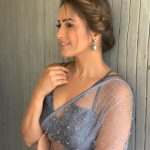 She was born into a middle-class Sindhi family in Mumbai, Maharashtra. Her mother’s name is Kavita Hassanandani and her father’s name is not known. Her father is a known businessman. She also has an elder sister.

The actress shares a close bond with her family. Her family has supported her in accomplishing her career in the industry. She with her dedication and hard work has become one of the known & popular actresses of the television industry. 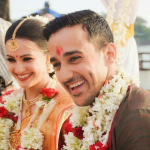 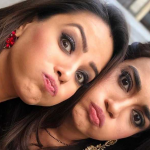 The actress is married to businessmen Rohit Reddy. Rohit and Anita used to go to the same gym and it was Anita’s Indian looks that attracted Rohit’s attention in the gym. Later, they met outside a pub where Anita was waiting for her car. Rohit approached her and his efforts didn’t stop there, he followed her on Facebook.  Post this, they met again through a common friend. And in no time, they both have realized their love for each other after the first few dates. The couple after dating for more than 2 years decided to get married. On 14 October 2013, they tied the knot in Goa in the south Indian style accompanied by close family & friends.

Before Rohit, her name was linked with television actor Eijaz Khan. But the couple broke up in 2010 due to Eijaz’s closeness with a Canadian singer named Natalie De Luccio. 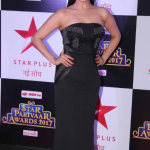 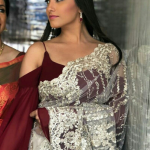 Some Known Facts About Anita Hassanandani

What Is Anita Hassanandani Age?

What Is The Religion Of Anita Hassanandani?

Anita Hair Color Black And Her Eye Color Are Dark Brown. Her Star Sign Aries And Religion Are Hinduism.

Who Is The Husband Of Anita Hassanandani?

When Did Anita Hassanandani Get Married?

What Does Rohit Reddy Do?