Anikriti Chowhan (Chhollywood Actress) Interview/Biography: Anikriti Chowhan is an Indian actor who primarily works in the Chattisgarhi film industry. Making her debut with the 2017 movie Le Chal Nadiya Ke Par. Someone fairly quoted that, “It’s not about your age; it’s about the quality of your years of experience.”

the young gifted teenager, Anikriti Chowhan (18) who considers Deepika Padukone as her inspiration is an upcoming actress from Chhattisgarh. She is the daughter of Anil Singh Chowhan and Anisha Chowhan, who are associated with the Chhattisgarh film industry. She is known for 200 devotional albums and marvelous acting skills in movies like Aaye hum Baraati, Laala Tiptop, Prem Suman, and many more which have already gained fame. Her upcoming film is Le Chal Nadiya Ke Paar. The young lady is Chhollywood’s new hope. In this interview, I read about the acting career of Anikriti (Ani).

Anikriti Chauhan did the latest movies include I Love You, Le Chal Nadiya Ke Par, and Prem Suman. Check out the list of all Anikriti Chauhan movies along with trailers, songs, reviews, and much more.

Anikriti: I belong from a family of Shri Sundaram films, it was established by my grandfather, when I was four-year-old I did my first devotional album, named Shree Mata Bambleshwari. My first step in chhollywood happened because of my uncles who are also associated with the industry. One day when my uncle was doing preparation for the shoot of an album, the junior artist who was supposed to act in the album canceled the shoot, as all the arrangements were done and the shooting has to be done on that day itself, they started searching for another child artist, suddenly my uncle looked at me while I was playing and singing the song around the corner and said that he found the actress, that’s how I stepped into the industry. 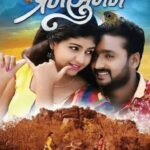 Anikriti Chowhan Prem Suman Movie
I think that was the album that proved to be lucky for me and gave me the chance to be a part of this industry. After that, I have done 200 more such albums that include Marathi, Punjabi, and Hindi language. Then my uncles made a movie named Jago Re it was the first time when I acted as the sister of the hero (the movie hasn’t released yet as the editing of the movie is on the process.) then I worked in Laala Tiptop by Satish Jain in which again I worked as a sister of the hero then I got a lead role in the movie, Aaye Hum Baraati when I was 15 though things were difficult with the help of my mother I managed to work successfully and the movie received a lot of appreciation, recently I have worked in a movie named, Prem Suman and I have signed a few more projects this year and I hope to get more support from the public for the promotion of the film.

Q – Which celebrities have been your inspiration?

Anikriti Chauhan: My inspiration is Savita Shrivastav ma’am, Shikha Jitambre ma’am Silky Guha Ma’am I worked with them since my childhood and they have inspired me to allot to be a better actress. And apart from Chhattisgarhi movies, Deepika Padukone is my favorite.
What else do you like apart from acting?
Anukriti: Well I am very much interested in dance, as soon as I complete my higher secondary education, I will take admission in some dance school from where I could get trained well and in the near future I wish to have a dance school of my own where I could give training to the needy as well.

Q – What do you think, why isn’t Chhattisgarhi movie as famous as other regional movies are in their state?

Anikriti: I think we need the support of government and public as well, I have realized a lot of times that the youth of Chhattisgarh nowadays is not comfortable in watching the regional movies they are more inclined towards Bollywood movies, I have observed people of other states who watch the regional movies and in fact promote it. Here, the new generation seems to feel shy while speaking the regional dialect or letting others know that they have seen a regional movie. I really salute the efforts of our directors and producers for their efforts, who don’t stop creating movies though they face certain losses every year due to the ignorance shown by the audience. Apart from this we hardly get the dates booked in cinema halls for the projection of regional movies as the renowned cinema halls give more priority to the Bollywood releases.

Q – What do you think about the existence of women in Chholywood?

Anikriti: Well, there’s a lot of scope for everyone with the development of the industry in our region.

Q – What kind of roles is difficult for you?

Anikriti: (with a chuckle) well the roles where I have to portray the role of a simple and sweet lady who talks less, remains sad most of the time are a bit difficult for me as I cannot keep quiet for much time. But as an actress, I love accepting challenges.

Q – How did your parents react to your decision of stepping into the industry as an actress?

Anikriti: Both of them are very supportive.

Q – Where do you see yourself after 10 years, as an actress or a dancer?

Anikriti: (After thinking for a while) as a successful actress of Chhollywood. I wish to see the regional film industry to be famous like any other regional movie, I wish to see the Chhattisgarhi films to be nominated for national and international film festivals and in case if I get a chance to work in Bollywood. I will definitely bring fame to Chhattisgarh and will never leave a chance to promote chholywood.

Q – Do you want to convey any message for your fans or youth?

Anikriti: Yes of course, to the youth I would definitely request to respect their elders and parents, I have come across a lot of news where young girls and boys have eloped from their house for the fulfillment of their luxurious needs or illegal wants, please don’t ruin your future talk to your guardians they are always there to help you as my parents have always helped me. And last but not least please go and watch Prem Suman and other Chhattisgarhi movies too and promote them for the sake of the growth of the industry.