Amy Fisher is an American woman who became known as “the Long Island Lolita” by the media in 1992, when, at the age of 17, she shot and severely wounded Mary Jo Buttafuoco, the wife of her illicit lover, Joey Buttafuoco. Initially charged with first-degree attempted murder, she eventually pleaded guilty to first-degree aggravated assault and served seven years in prison. Paroled in 1999, Fisher became a writer and a pornographic actress.

At age 16, Amy Fisher began an affair with auto-mechanic Joey Buttafuoco. On May 19, 1992, Fisher shot Buttafuoco’s wife, Mary Jo, in the head but she survived the attack. Fisher was arrested for the crime and served seven years in prison. After release, Fisher became a columnist for the Long Island Press and wrote her autobiography. In recent years Fisher has been appearing in adult films. 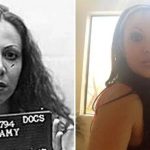 Fisher was born in Merrick, New York, on Long Island, to Elliot and Roseann Fisher; her father was Jewish while her mother’s family, Fisher said, was “a mixture of a lot of different things, including English.” As a 16-year-old student at Kennedy High School in Bellmore, New York, Fisher began an allegedly sexual relationship with 35-year-old Joey Buttafuoco, who denied her claim, after damaging the car her parents had given her for her 16th birthday and appealing to Buttafuoco, owner of the body shop to which she took it, to make the repairs without her family knowing of the damage.

Amy Fisher is an American writer and actress who has a net worth of $200 thousand. Known as ‘Long Island Lolita’ by the media, Amy Fisher became famous after she was charged with the first-degree attempted murder of Mary Jo Buttafuoco, the wife of her lover Joey Buttafuoco in 1992. Fisher was sentenced to five-ten years in prison but was released on parole six years later. Since her release in 1999, the New Yorker became a columnist for Long Island Press. Fisher went on to write a book, If I Knew Then, published in 2004. The book gave a candid account of her experience regarding the 1992 incident.

In 2007, the 37-year-old totally changed her career path and became a pornographic actress. Within a year of her new-found career, Fisher was in the center of a leaked sex tape. According to the New York Post, Fisher’s husband, Lou Bellera sold a sex tape of the couple to Red Light District Video. Video images of a nude actress spread rapidly across the net. Fisher wasn’t a very happy bunny as she sued the Red Light District owner David Joseph for copyright infringement. 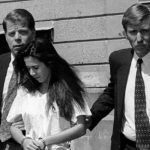 The True Story of Amy Fisher

Amy Fisher was born in Merrick, New York, on Long Island. When she was a student at Kennedy High School, in Bellmore, New York, Fisher met and fell in love with Joey Buttafuoco, a mechanic in the Long Island area who was already married. In a fit of jealousy, Fisher showed up at Buttafuoco’s home and shot his wife Mary Jo in the temple. Fisher fled the scene, while Buttafuoco’s wife was operated on the whole night. She survived the shooting, but there continues to be nerve damage as a fallout of the shooting. Buttafuoco suspected the shooter may have been Fisher, and when her photograph was shown to Mary Jo, she identified her as the shooter.

Fisher was arrested for attempted murder but later pleaded guilty to aggravated assault. She was given a prison sentence of 5 to 15 years but was released on parole after serving seven years in prison. She has later gone on record to say she was high on ecstasy when she shot Mary Jo.

Buttafuoco denied having a relationship with Fisher but was subsequently charged with statutory rape, to which he pleaded guilty in 1993. He served six months in prison. In an interview to TIME magazine for her book Getting It Through My Thick Skull: Why I Stayed, What I Learned, and What Millions of People Involved with Sociopaths Need to Know, Mary Jo said about her husband: “I was married to a very, very good sociopath, I can see why I stayed. We had been married for 15 years up to that point. And I believed him. It’s as simple as that. I believed him when he said he had nothing to do with her.”

Isla Fisher Amy Adams: The Australian actress Isla Fisher is probably most known for her comedic roles in Wedding Crashers, Confessions of a Shopaholic and Bachelorette. She also played Myrtle Wilson in The Great Gatsby and is the wife of controversial English comedian Sacha Baron Cohen.

You’ll know the American singer and actress Amy Adams from movies like Enchanted and Man of Steel (she played Lois Lane). She’s also been the voice for several Disney records, including three from The Muppets. So they’re both talented actresses, beautiful and redhead. And they look almost exactly the same! Ok, so Amy has blue-grey eyes and Isla has brown, but aside from that the resemblance is striking; they even have the same face shape and similar smiles. Plus, they both clearly know what makeup suits their hair color: matte foundation, a slight blush, black feathery eyelashes, and a powerful red pout!

It seems that Isla is aware of her doppelgangers. In an interview in 2009, she joked. “It  is a hit, it was Isla Fisher in the movie, and if it doesn’t work out, it was Amy Adams.”All we ask is that neither of them decides to wear contact lenses, and avoids sunglasses as much as possible, otherwise, we are going to have some serious problems (and the rest of the internet according to the number of people asking the same thing online. 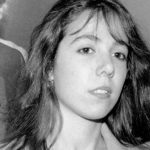 Fisher is 44 now, a divorced mother of three. She returned to New York a couple of years ago, after seeking a fresh start in Florida, where she found it difficult to escape her notoriety: “My kids were ostracized,” she told the New York Post in 2017. “They had no friends. All the mothers thought their kids would get the ‘Amy Fisher gene’ if they hung out with them.” After Fisher’s release, the Buttafuocos moved to the West Coast, formally divorcing in 2003. Joey Buttafuoco has tried to parlay his notoriety into a Hollywood career, with small parts in movies and TV shows including “Celebrity Boxing” (in which he fought Fisher’s husband). He has also had several arrests and served a jail sentence for auto-insurance fraud. He remarried in 2005 to Evanka Franjko.

Fisher remained on Long Island, writing newspaper columns for the Long Island Press and promoting a book If I Knew Them, written with the paper’s editor. The same year the Buttafuocos moved to California, Fisher married Lou Bellera, a one-time NYPD cop. Fisher says Bellera guided her toward a career in the sex industry, a charge Bellera denied to the New York Post. Fisher had breast augmentation, among other cosmetic procedures. An amateur sex tape was released in 2007, which led to strip-club appearances, additional porn films (Deep Inside Amy Fisher) and a feature spot on a season of “Celebrity Rehab with Dr. Drew.”

Fisher, Joey, and Mary Jo were paid to hold a 2006 TV reunion that culminated in the two women embracing on camera. Fisher and Mary Jo appeared on “Entertainment Tonight” that same year. In 2007, Fisher and Joey Buttafuoco met for a dinner on Long Island that a TV producer said was an attempt to lay the groundwork for a reality show. In 2008, Fisher was a guest on “The Howard Stern Show,” where she was expected to discuss her video. But she left the broadcast minutes into the interview, after the first phone call—which came from Jessica Buttafuoco, Mary Jo, and Joey’s daughter. 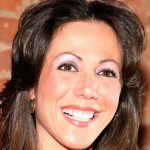 Fisher and Bellera divorced in 2015.

Mary Jo Buttafuoco published a book about the shooting and her relationship with her ex-husband in 2009. In Getting It Through My Thick Skull, she laid out an argument for why her ex-husband was a “sociopath.” In 2012, she married Stu Tendler, a printing-industry professional raised in New York. He died of cancer last year. Mary Jo still lives with the remnants of Fisher’s bullet in her head, and its effects. She serves as an advocate for people with facial paralysis. Speaking with Long Island’s Newsday at the time her book was published, Mary Jo said she still thinks of Fisher “a lot.” “Every day, when I look in the mirror and I can’t move my face in a certain way.”

[wps_faq style=”classic” question=”What Is Amy Fisher’s Net Worth?”]Amy Fisher Net Worth: Amy Fisher Is An American Writer And Actress Who Has A Net Worth Of $200 Thousand.[/wps_faq]

[wps_faq style=”classic” question=”Does Amy Fisher Have A Sister?”]So On May 19, Fisher, Pretending To Be Her Own Fictitious Sister “Ann Marie,” Walked Up To Joey’s Home And Rang The Doorbell. When Mary Jo Answered, Fisher Explained That Her Husband Was Having An Affair With “Her Sister,” Showing A Shirt From The Body Shop As Proof.[/wps_faq]