Allu Sirish is a famous South Indian movie actor, who mostly known for working in the Telugu film industry. Along with Telugu films, he has also done some Malayalam and Tamil films as an actor. He made his first acting appearance as a child star in the Bollywood film ‘Pratibandh’.

Allu Sirish was born on 30th May 1987 in Chennai. His family is now settled in Hyderabad, Telangana. His father’s name is Allu Aravind(Filmmaker) and his mother’s name is Allu Nirmala. He has a brother named Allu Arjun, who is a well-known star of the South Film Industry. He is the nephew of well-known actor Chiranjeevi and the grandson of actor Allu Rama, an Indian movie actor. Chiranjeevi’s children Ram Charan, Sushmita, and Sreeja are his cousins. Allu Sirish did his primary education from PSBB Higher Secondary Scool, Chennai. And, he completed his graduation with a degree of major in Mass Communication at R.D National and W. A. Science College, which is located in Maharashtra.

Allu Sirish started his career in acting as a child star with movies like Mayabazar and Pratibandh in the year 1990. After completion of his education, he appeared in his first leading role movie ‘Gouravam’ along with Yami Gautam, which is his debut for both Telugu and Tamil languages in 2013. 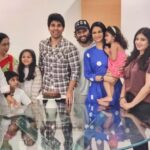 According to Woodgram, Allu Sirish’s estimated Net Worth, Salary, Income, Cars, Lifestyles & many more details have been updated below. Let’s check, How Rich is Allu Sirish in 2022?

In the year 2014, Allu Sirish appeared in the film ‘Kotha Janta’ along with Regina Cassandra. he played the role of Sirish and, Madhurima did a guest role in this movie. After then, he did a romantic family entertainer movie ‘Srirastu Subhamastu’ in 2016. Which was written and directed by Parasuram and Jointly produced by Allu Aravind and Bunny Vasu under the Geetha Arts banner. 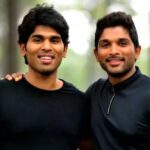 In the same year, Allu Sirish appeared in ‘1971: Beyond Borders’ movie which was an official dubbed version of a Malayalam movie. This movie was based on the 1971 Indo-Pakistan war directed by Major Ravi and, Produced by Pooja Kathyayani.

Allu Sirish’s last released movie is ‘ABCD: American Born Confused Desi’. In this movie, he played the role of Avi and Rukshar Dhillon was his co-star. ABCD was a remake version of Malayalam with the same name and it is a romantic comedy entertainer directed by Sanjeev Reddy and jointly produced by Madhura Sreedhar Reddy and Yash Rangineni.

Allu Sirish has a brother named Allu Arjun, who is a well-known star of the South Film Industry.

Who is Allu Sirish father?

Allu Aravind, a well-known filmmaker of the Tollywood film industry.

What is the age of Allu Sirish?