Akshara Singh is an Indian Film and Television Actress. Mainly, she appears in Bhojpuri movies. She has powerful acting skills along with a wonderful voice. Akshara sang a song titled “Rakhi Ka Bandhan” dedicated to all brothers and sisters. The song released on the eve of Raksha Bandhan.

Moreover, it displays a beautiful bond between brother and sister. Now, people also like the sweet and emotional song. The song surpasses around 3 Lakh likes on YouTube. She has a huge fan following on social media. Thus, every video uploaded by her goes viral instantly. She acted in a few TV shows but did not get much fame. Then, she moved to the Bhojpuri Cinema. She mainly appears as a supporting actress in the Bhojpuri films. In 2011, Akshara made her on-screen debut Pram Jaye Par Vachan Na Jaye. After that, she appeared in the film Satyamev Jayate with actor Ravi Kishan. She gained popularity after appeared with her performance in the film A Balma Bihar Wale. 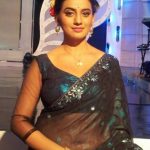 Recently, she appeared in the movie Nirahua Riksawala 2, with co-star Dinesh Lal Yadhav. She has also starred in shows of Zee TV channel Daily Soap opera Kala Teeka and Sony TV show Suryaputra Karn, where she played the role of Gandhari. And recently did an album Dil Bole Bam Bam Bam. 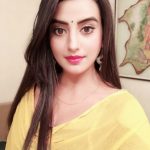 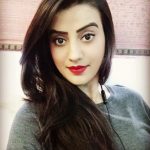