Abu Malik is an Indian singer, a songwriter, and a music composer who primarily sings and composes music for Bollywood movies. He is also famous for being the brother of famous music director and singer Anu Malik who is also a popular personality in the music world of the Bollywood film industry. Across the globe, He has arranged over 10,000 concerts all over India and abroad.

Abu Malik was born on 30 October 1961 in Mumbai in the state of Maharashtra, India. He is the son of Kausar Jahan Malik and Sardar Malik who belongs to the Kapurthala Gharana from where the Malik family also originates. He has two brothers named Daboo Malik and Anu Malik, who are music directors.  Abu is married to Poonam Malik. His son, Aadar Malik is a musician, actor, and stand-up comedian. His daughter’s name is Kasheesh Malik. Abu Malik did his schooling from Barnes School, Deolali, Maharashtra. After completed primary education he went to Narsee Monjee College of Commerce and Economics in Mumbai and from there he completed his graduation in BBA.

Being a celebrity kid, Abu had a dream to become a popular personality in Mumbai like his father Sardar Malik. He used to practice songwriting and singing along with his elder brother Anu Malik. 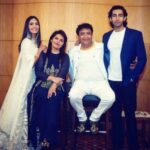 According to Woodgram, Abu Malik’s estimated Net Worth, Salary, Income, Cars, Lifestyles & many more details have been updated below. Let’s check, How Rich is Abu Malik in 2020? 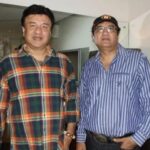 Abu Malik began his career in Bollywood as a playback singer with the film Nigahen in 1983. In which he sang the song “Yaad Hamari Aati hai Kya” song. In 1998, Along with singing and composing Abu Malik also acted in a movie name is “Pyar Kiya to Darna Kya” in which he played the role of ‘Ujala’s father’.

Then he made his first music composition with the American film “American blend” in 2006. In the year 2009, he made his first Bollywood debut by composing music in the film “bad luck Govind”. In 2011, he established his own company named Musicman Malik entertainment Private limited, which arrange shows all around the world.

He and his brother Daboo Malik directed a local show which name is “Pankhida Aao Mhari Saathe.” In the year 2017, he has written a book which is titled ‘Rantings of a Mad Man’. Abu Malik has also won the Achievement in Excellence Award in the same year.  In 2019, Abu Malik participated in the Bigg Boss Season 13 as a celebrity contestant.

Besides music, he has a keen interest in writing and has written a book named ‘Rantings of a Mad Man’ and published it in 2017. He later revealed that the text in the book came from a conversation that he had on his Whatsapp.